A guide to Verdi's operatic depiction of Renaissance Spain. 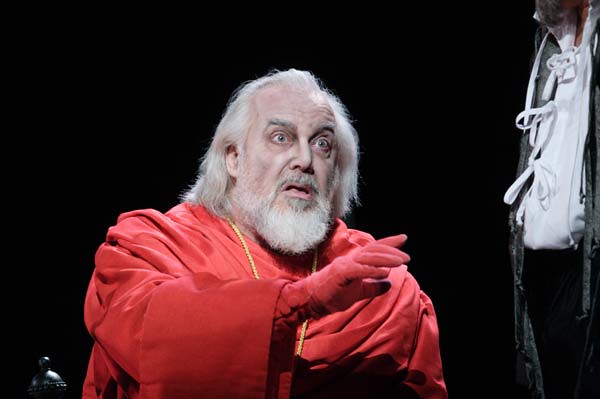 The Story Begins…
Don Carlos is broken-hearted when his fiancée Elizabeth of Valois is persuaded to marry his father King Philip II of Spain. Carlos’s friend Rodrigo, Marquis of Posa, pleads with him to concentrate on bringing peace to Flanders, oppressed by Spanish rule. But Carlos and Posa’s plans are threatened by the Grand Inquisitor, and Philip grows suspicious of his son.

Several Versions
Verdi initially wrote Don Carlos (the opera’s French title) for the Paris Opéra, where it was first performed in 1867. The work was cut in rehearsals, and further cuts were made after the premiere. For a production in Milan in 1884 Verdi went so far as to cut the entire first act. He continued to revise the score, reinstating his first act for performances in Modena in 1886 – the version of Don Carlo performed by The Royal Opera in their current production.

Religious Fanaticism
Nicholas Hytner’s production brings to life Renaissance Spain in all its religious savagery. Funereal black, harsh reds and steely greys are the dominant colours from Act II onwards. The blind Grand Inquisitor and the Catholic Church control the public, who gleefully attend the auto-da-fé in Act III scene 2. Carlos and Elizabeth are trapped in this oppressive society.

Verdi and Schiller
Verdi’s Don Carlo is based on Friedrich Schiller’s play Don Carlos, one of the masterpieces of the European Enlightenment. In Don Carlos, Schiller explores themes that fascinated Verdi, including religious repression, the conflict of passion and duty and the question of how much freedom those in power really have. Schiller was also the inspiration behind Verdi’s Giovanna d’Arco, I masnadieri and Luisa Miller.

A Sense of Humanity
Verdi’s music invites us to sympathize with all five central characters in Don Carlo. Philip II may initially seem brutal but his heartbreaking aria ‘Ella giammai m’amò’ in Act IV shows him to have genuine tenderness. Eboli’s guilt at her treachery is given moving expression in her Act IV aria ‘O don fatale’, while the duets between Carlos and Posa in Act I and Act IV and between Carlos and Elizabeth in Acts II and V give a powerful picture of these characters’ idealism and nobility.