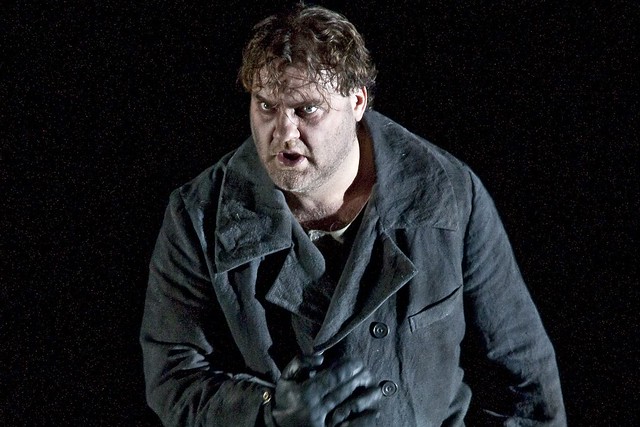 The Story Begins…
The Flying Dutchman is condemned to sail the seas forever – unless he finds a woman who will be faithful to him for the rest of her life. The idealistic Senta vows to be this woman. But can she persuade the Dutchman to trust her?

A Legendary Tale
The legend of the Flying Dutchman originated in the 17th century, was written down in the 18th century and exists in a number of different versions. Wagner got the idea for his opera from an episode in a novel by Heine, which describes how the Dutchman was saved by a loyal wife. While Heine’s treatment of the story was sardonic, Wagner took the idea of the self-sacrificing woman very seriously; Senta was to be the first in a line of heroic, loving women in his operas.

The Old and the New
Wagner described how, in writing Der fliegende Holländer, he was opening the door to ‘a German school of original opera’. The opera certainly has many innovative features, not least the use of Senta’s Ballad as the ‘kernel’ for much of the musical material in the entire work. But the score also contains more traditional writing, including formally constructed arias and duets, and set-piece choruses. Wagner would develop many of the musical and dramatic structures explored in Der fliegende Holländer in his later operas.

The Need to Escape
Tim Albery highlights Senta’s frustration and yearning for love by giving Der fliegende Holländer a bleak, modern setting. Senta and her companions work in a grim sweatshop, while Daland and his laddish crew toil aboard a rusting trawler. The Dutchman, despite his sinister crew and strange appearance, offers Senta the possibility of escape from an unbearably claustrophobic society.

Several Versions
Der fliegende Holländer had its premiere at the Dresden Court Theatre on 2 January 1843. Wagner revised the opera several times over the next two decades, altering some of the scoring and in 1860 adding the Redemption Theme from Senta’s Ballad to the end of the overture. The Royal Opera’s current production uses Wagner’s original 1843 version.

The production will be broadcast live to cinemas around the world on 24 February 2015. Find your nearest cinema.