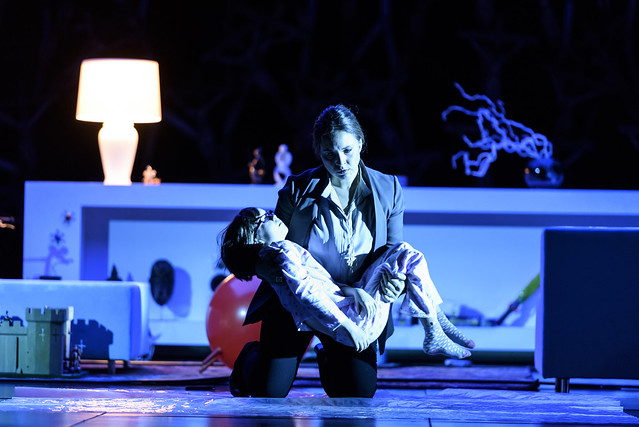 The priestess Norma has had an illicit affair with Pollione, an officer in the forces occupying her land, and has had two children by him. Pollione has now tired of Norma and taken up with the younger priestess Adalgisa. Meanwhile, Norma’s people cry out for rebellion against the occupying forces. Will Norma take revenge on Pollione, and will her people discover her secret?

Norma is based on the verse tragedy of the same name by the French poet Alexandre Soumet. Bellini’s librettist Romani also referred to a range of other sources, including Chateaubriand’s novel Les Martyrs, Jouy’s libretto for Spontini’s opera La Vestale, and his own librettos for two other operas dealing with infanticide and ancient religions: Medea in Corinto and La sacerdotessa d’Irminsul. Bellini played a key role in the construction of the libretto for Norma and was instrumental in devising the opera’s dramatic and romantic final scene, entirely his and Romani’s invention.

Bellini’s gift for writing ‘long, long melodies’ (as described by Verdi) is finely expressed in Norma, particularly in the heroine’s Act I aria ‘Casta diva’, one of the most famous of soprano arias. The opera also contains some of Bellini’s most emotionally potent duets, including the Act II duets ‘Mira, o Norma’ for Norma and Adalgisa and ‘In mia man alfin tu sei’ for Norma and Pollione.

An opera conceived for star singers

The cast of Norma at its premiere in Milan in December 1831 included two of the greatest sopranos of Bellini’s day – Giuditta Pasta as Norma and Giulia Grisi  as Adalgisa. Subsequently, Norma has been a defining role for many distinguished sopranos, including Lilli Lehmann, Rosa Ponselle, Joan Sutherland and Maria Callas, who made a sensational Covent Garden debut as Norma in 1952.

Àlex Ollé sets Norma’s story in a contemporary society in which religion and political power have become the same thing. Norma is trapped between her personal desires and the constraints and conventions of her society, and forced to choose between being true to herself or defending her religion and complying with its social demands. Her eventual actions can be seen as a defence of the individual’s freedom, and a denouncement of intolerance.

Norma runs 12 September–8 October 2016. Tickets are still available, and every Friday from Friday 9 September to Friday 7 October inclusive further tickets will be made available through Friday Rush.

The production is a co-production with Opéra national de Paris and is given with generous philanthropic support from Mrs Susan A. Olde OBE and The Tsukanov Family Foundation.