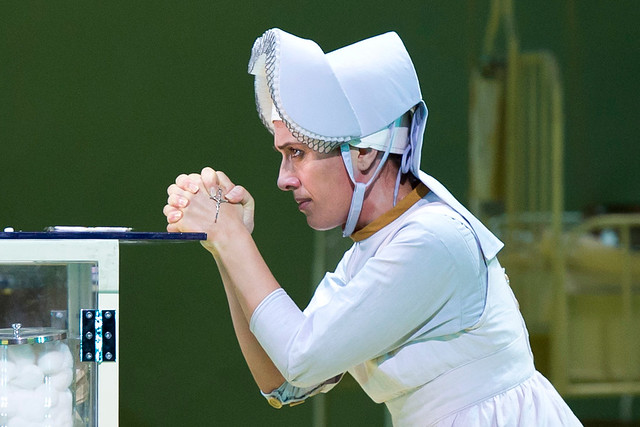 Update: View the winners of the International Opera Awards 2016 here

The nominees for the International Opera Awards 2016 have been announced.

The awards were established in 2012 to raise the profile of opera and to recognize the success of those involved in the art form. The awards also raise money for The Opera Awards Foundation which gives out bursaries to aspiring talent in the industry.

Director of The Royal Opera Kasper Holten has been nominated for Best Director. Other nominees in this category include Laurent Pelly, who has directed a number of Royal Opera productions including L'elisir d'amore; Damiano Michieletto, who directed The Royal Opera's recent production of Cavalleria rusticana/Pagliacci; and Katie Mitchell who returns to Covent Garden in April to direct a new production of Donizetti’s Lucia di Lammermoor.

Royal Opera recordings of Jonathan Kent’s production of Manon Lescaut and Kasper Holten’s staging of Król Roger have been nominated for Best DVD.

Several singers who have performed at The Royal Opera House this Season were also nominated for The Reader’s Award – the prize will be decided by the public via an online vote. Eva-Maria Westbroek, Michael Fabiano, Dmitri Hvorostovsky and Juan Diego Flórez are all in the running. Ermonela Jaho — who is currently performing at Covent Garden in Puccini’s triptych Il trittico — also received a nomination, as has Joyce DiDonato who returns to the Royal Opera House in Werther later this Season.

CAST YOUR VOTE FOR THE READERS AWARD.