Four celebrities will pick up the baton and become apprentice conductors as part of the new series of BBC Two's Maestro. 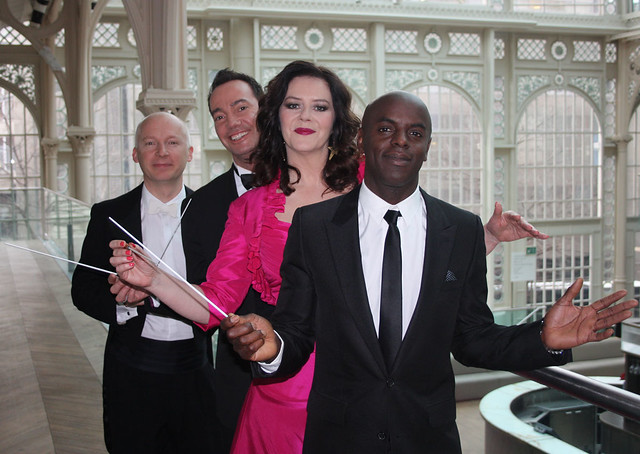 Each experts in their own field, the new series will follow Trevor Nelson, Josie Lawrence, Craig Revel Horwood and Professor Marcus du Sautoy as they compete to conduct a complete act of a legendary opera on the main stage of the Royal Opera House.

Each conductor will have a mentor and learn about working with orchestras, soloists, choruses and the complexities of staging an opera. As with the first series of Maestro, the orchestra will have the final say. The Orchestra of the Royal Opera House will decide which three competitors make it through to programme two, in which the competitors will have to conduct an operatic scene, specially staged for Maestro.

The series will also feature interviews with a number of world-renowned opera professionals including Dame Kiri Te Kanawa and Lesley Garrett, each of whom will give a personal insight into the world of opera.

Of the new series, Controller of BBC Two Janice Hadlow said: “Having pipped Goldie to the conductor’s podium in series one, it’s time for Sue Perkins to pass her champion’s baton to a brand new set of personalities who face a very different challenge.  I look forward to seeing whether their natural musical ability will be enough to help them master the skills needed in the new series, which will take viewers right to the heart of one of the world’s greatest opera institutions.”

Director of The Royal Opera, Kasper Holten added: “Opera is the most dramatic and powerful of all the art forms bringing together words, music, design and drama – it’s the greatest theatrical experience.  And standing at the helm on the podium in the orchestra pit is the conductor, the Maestro.  This challenge will probably be the most difficult any of the contestants will ever face in their professional lives, but I really hope it will be one of the most fulfilling experiences they ever have.”

This new series of Maestro is an example of the partnership between the BBC and The Royal Opera House with both organisations coming together to co-produce new commissions.