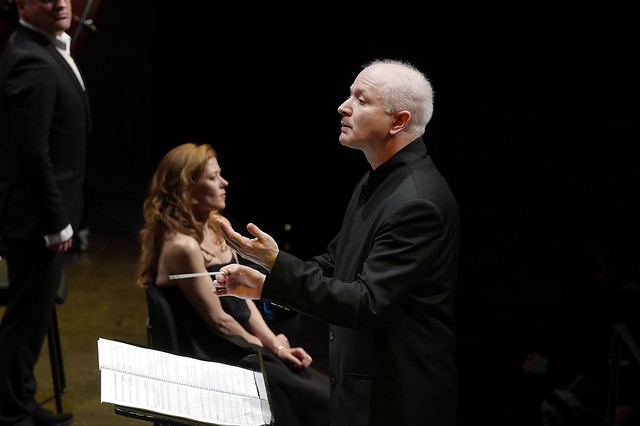 The Royal Opera has announced the world premiere of George Benjamin’s new opera, Lessons in Love and Violence, which will be presented in May 2018.

Inspired by Elizabethan drama, this new opera considers what space, if any, exists for love and human affection inside the dangerous machinery of power.

The story centres around a king, compelled to choose between love and political hard-headedness. His decisions allow his country to slide into civil war, and set his own wife and son against him. When his son in turn is given bruising lessons in realpolitik, he performs ― albeit with the object of restoring peace ― a terrifying act of violence in front of his mother.

George Benjamin’s third opera follows the very successful model of his second opera Written on Skin, with six partners from five different countries coming together with The Royal Opera to commission this new work.

Kasper Holten, Director of Opera, for The Royal Opera said: ‘I remember sitting in Aix-en-Provence for the first night of Written on Skin and feeling that everyone present was at once deeply moved and aware that something very special had just happened. And in a time where quality and courage are so often under pressure, it has been astonishing to see these virtues triumph as this masterpiece has travelled the world with a speed unparalleled in modern operatic history.

I am truly grateful that George, together with Martin Crimp, is writing his next major opera for us at Covent Garden, with six major partner opera houses around the world, and it has been a fascinating journey for me to be in conversation with George and Martin from the very first moments of discussion about this new piece. I think they have found an extraordinary subject and given it a treatment that feels deeply original and should make for an evening of exciting music theatre.’

With thanks to the generous philanthropic support from the Monument Trust.