Nabucco to be broadcast by BBC Radio 3 on 8 June 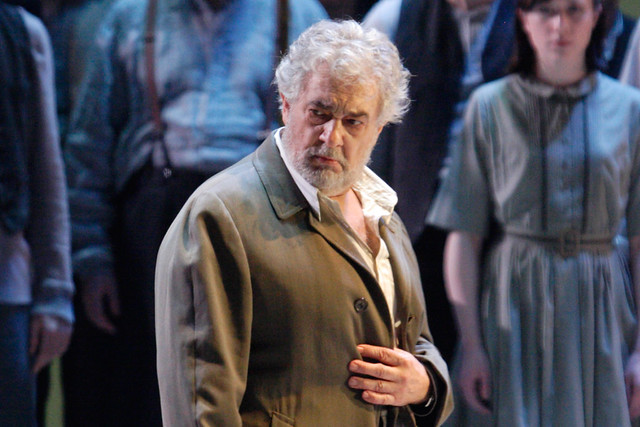 The Royal Opera's Nabucco starring Plácido Domingo and Liudmyla Monastryska will be broadcast by BBC Radio 3 on Saturday 8 June at 6pm.

Nabucco is based on the biblical story of Nebuchadnezzar and explores themes of identity exile and religion. It was the opera that established Verdi's reputation upon its 1842 premiere, the composer himself writing that 'this is the opera with which my artistic career really begins. And though I had many difficulties to fight against, it is certain that Nabucco was born under a lucky star'.

Plácido shared the role with Italian baritone Leo Nucci, who holds a particular passion for this Verdi opera: 'When I was a little boy, my grandmother sang pieces from Nabucco every day', he told the audience at an ROH Insights session. Listen to highlight's from Leo Nucci's Nabucco Insight event.

The opera is famed for its demands on the Chorus and includes 'Va, pensiero', the Chorus of the Hebrew Slaves, which has established itself as Italy's unofficial national anthem. Discover more about 'Va, pensiero', and watch audience renditions, submitted from around the world during Royal Opera LIVE.

Nabucco places particular demands on the Chorus. Watch members of The Royal Opera Chorus reveal what it's like performing with the Company.

Read audience reactions to Nabucco and add your own.

Nabucco will be followed by three subsequent Saturday broadcasts from Covent Garden on BBC Radio 3 - La donna del lago, Written on Skin and a live relay of Gloriana. It follows an earlier broadcast of Eugene Onegin. All broadcasts will be available via BBC iPlayer for seven days after broadcast.