Music for humans: Ben Folds to give rock an orchestral twist in ROH show

What should the ROH audience expect from cult pop icon Ben Folds as he swaps arenas for Covent Garden this summer? 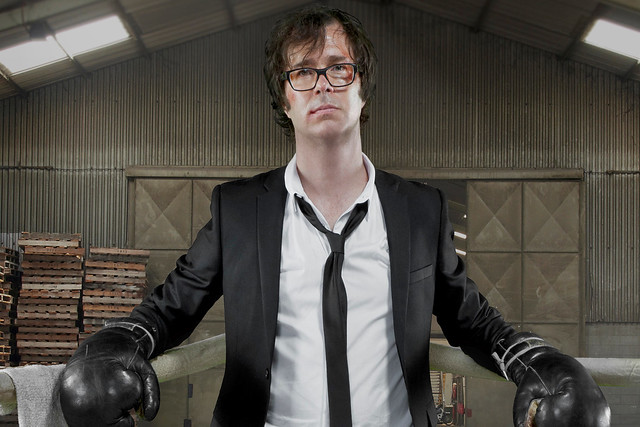 Late July and August offer the chance for something different at the Royal Opera House when, with The Royal Ballet and The Royal Opera on their summer breaks, the auditorium is handed over to visiting companies, and occasionally pop artists. Previously, artists including Elton John, Björk and Rufus Wainwright have swapped stadiums and arenas for the gilded glamour of the Royal Opera House. This year it's Ben Folds' turn.

Indie rock balladeer Ben Folds may not be immediately recognizable to ROH audiences, but within alternative rock circles, he's royalty, and has influenced acclaimed artists such as Regina Spektor, Death Cab for Cutie and Amanda Palmer. As such, his upcoming London concert alongside acclaimed sextet yMusic is eagerly anticipated by crowds that usually frequent Brixton Academy or Hammersmith Apollo.

Though he's more strongly associated with pop and rock venues, Folds' choice of the ROH as the London stop on his world tour makes sense. Aside from growing up playing in orchestras as a percussionist, and his jazz-tinged ballads being backed by a classical ensemble for the performance, he's got previous when it comes to composing for the concert hall. Most recently, he composed a piano concerto with nods to Prokofiev, Gershwin and Ravel for the Nashville Symphony Orchestra and Nashville Ballet.

In the period leading up to writing the concerto, Folds immersed himself in 20th-century classical music. 'I came to love [them] like they're pop songs', he told Gramophone of his compositional approach. 'I can do things that a lot of classical piano players would find difficult, and I can do almost nothing that they can do.'

Perhaps as noticeable as his gift for writing memorable, Beatles-influenced melodies, a wry humour runs through Folds' work. Even the name of his former (three-piece) band, Ben Folds Five is a tongue-in-cheek nod to the naming conventions of jazz ensembles. His blackly comic outlook is an interesting counter to the often dark subject matter of the songs - 'Carrying Cathy' is about a woman reliant on others, with the closing verse dryly commenting on the pallbearers who carry her after her death; while 'Rockin' in the Suburbs' is a parody of teenage rebellion. Indeed Folds self-deprecatingly summarized Ben Folds Five's output as 'punk rock for sissies'.

So what should his London audience expect from his ROH performance on 12 August - will he be eschewing his usual bittersweet style when he follows in the footsteps of Fonteyn, Pavarotti, Nureyev and Callas on the Covent Garden stage?

‘The arrangements audiences will hear are straight up rock using the odd instrumentation of a piano, cello, viola, violin, flute/piccolo/alto flute, trumpet/French horn, and clarinet/bass clarinet, with no bass. It’s frankly one of the most exciting projects I’ve ever worked on.’

'In some ways, it won’t be any different than touring [solo or with Ben Folds Five] and that’s kind of my point', he told HitFix. 'I feel like there’s a little wall sometimes between the symphony orchestra and people of my generation [...] in many ways, it’s just me playing a piece that I’ve written. I want to gather human beings playing music for human beings.'

Ben Folds will perform with yMusic on 12 August 2015. Tickets are still available.

This article has been categorised Music and tagged Ben Folds with yMusic, by Ben Folds, Concert, indie, pop, Production, rock