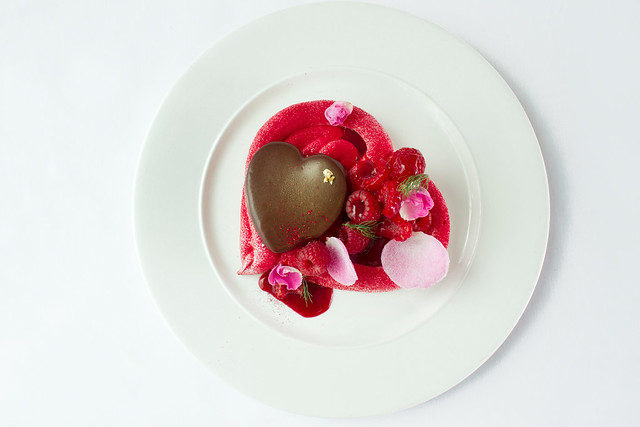 From heart-shaped Pavlovas with white chocolate and vodka mousse, to Sugar Plum Fairy Afternoon Tea, an exciting selection of desserts and cakes are coming to the Royal Opera House.

Claire, who originally wanted to pursue a career in music, is now considered one of the top three pastry chefs in the world. Firmly established in the vanguard of patisserie, she has worked in some of the world’s best restaurants, including the Claridges Hotel in Mayfair (where she became the only female recipient of the prestigious Meilleur Ouvrier de la Grand-Bretagne), and The Wolseley in Piccadilly, one of London’s hottest venues.

In 2005 she moved to California to take up the position as head pastry chef at the three-Michelin-star The French Laundry where, working alongside culinary legend Thomas Keller, she experimented with new ingredients and flavours.

Claire’s first book, 100 Perfect Desserts, was voted the Best Dessert Book in the 2007 World Gourmand Awards. Read some of her recipes here.

The desserts she has created for Royal Opera House Restaurants include mini-Pavlovas, served at matinee performances of Swan Lake in the Swan Lake Afternoon Tea, and a selection of Christmas treats.

There are a wide range of menus, which, created to complement each production on stage, will suit all tastes and budgets.  Find out more about the new dining options.