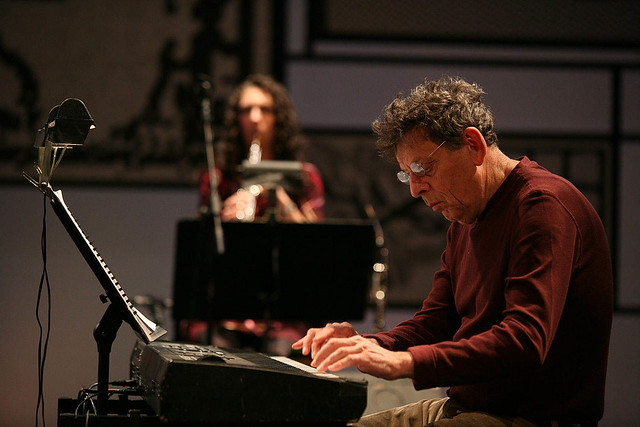 Philip Glass’s new opera The Trial, which features a libretto by award-winning playwright and screenwriter Christopher Hampton, will have its world premiere in the Linbury Studio Theatre on 10 October.

It is Glass’s second ‘pocket’ opera based on the writings of Kafka. The story, described by Director Michael McCarthy as a ‘parable for any society at any time and for any individual’, follows a bank clerk who is arrested one day for reasons unknown.

‘A man wakes up expecting to find his breakfast by his bed, and instead finds two men who have come to arrest him for reasons we never discover,’ explains Christopher. ‘He spends the next year desperately trying to find out why he’s been accused… and to escape his fate.’

The opera has been created specially for Music Theatre Wales, who gave the UK premiere of Glass’s In the Penal Colony in 2009. The company celebrates its 25th birthday this year.

‘[The audience] will be captivated by the music of Philip Glass,’ says Michael. ‘It draws you in: at moments it is extremely beautiful and subtle, while at other moments, [there is] this driving rhythm moving you forwards. It will be an intensely musical experience.’

The Trial runs from 10-18 October 2014. General booking opens on 15 July.
It is a co-commission and co-production with Music Theatre Wales, Theater Magdeburg and Scottish Opera.