Book will include original works by Chris Ofili, Conrad Shawcross and Mark Wallinger. 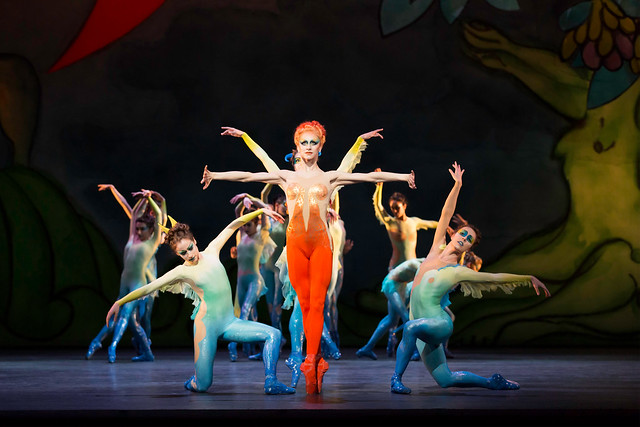 The Royal Ballet’s unique collaboration with the National Gallery, Metamorphosis: Titian 2012, is to be commemorated with a luxury limited edition book. Containing a mixture of rehearsal and production imagery, the book will tell the story of the project from conception to stage.

The limited edition, of which there will only be 250 copies, will include an introduction by former Director of The Royal Ballet Monica Mason and three original, signed works by artists involved in the project - Chris Ofili, Conrad Shawcross and Mark Wallinger.

Find out more about Metamorphosis: Titian 2012 in our news and feature section.

The limited edition book, published by Art / Books, will be out later this year, and a standard edition will be available to buy from January 2013. Follow us on Facebook and Twitter for further release details.

The exhibition Metamorphosis: Titian 2012 at the National Gallery is open until 23 September. Admission is free.