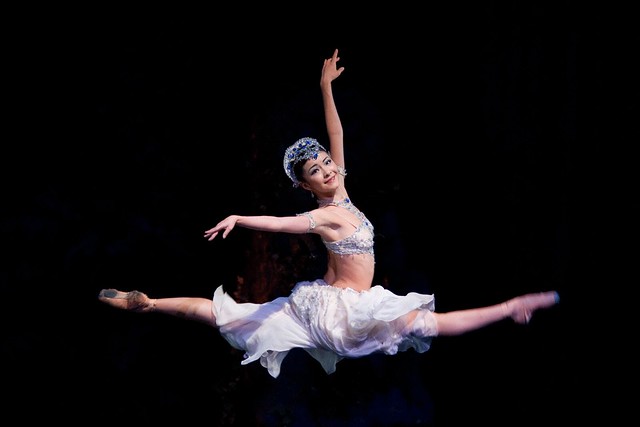 First Soloist Yuhui Choe and Soloist Kenta Kura will perform in The Human Edge, a piece inspired by the story of Sati, a Hindu goddess who appears at the mythological moment of creation.

Watch her perform the role of the Bluebird in The Sleeping Beauty:

The Human Edge will be performed alongside Ex Nihilo, a piece inspired by the Hymn of Creation from the Hindu text Rig Veda, performed by dancers from ATMA Dance.

Mayuri, who is classically trained in bharatanatyam dance, is Artistic Director and Choreographer for ATMA Dance. Her previous work with The Royal Ballet includes Vāc II, staged as part of Draftworks in April 2013, and Forsaken, a commission from The Royal Opera for the Verdi/Wagner Deloitte Ignite Festival 2013 that featured Royal Ballet artists Yasmine Naghdi, Sander Blommaert and Nicol Edmonds.

Ex Nihilo/The Human Edge will be performed on 29 and 30 April. Tickets are available.