First of this year's outdoor events on 13 June. 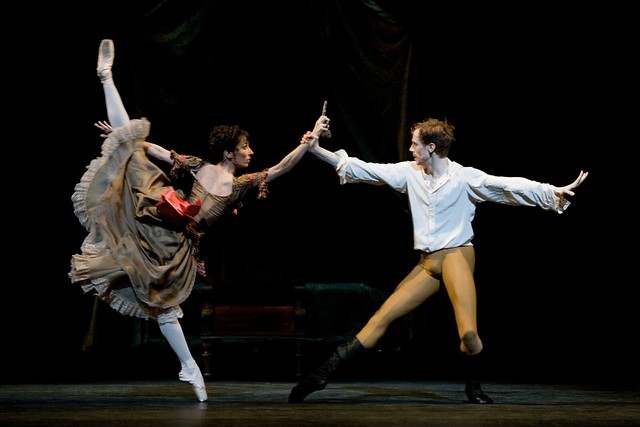 The Royal Ballet's Mayerling will be screened live, for free, to BP Big Screens around the UK next Thursday (13 June).

The annual BP Big Screen events attract thousands, many of whom bring picnics to enjoy while they soak up the unique atmosphere.

This summer, audiences will have the chance to see one of The Royal Ballet's signature works; a dark drama of political intrigue, twisted romance and morbid obsession. Kenneth MacMillan's ballet, set to a score by Franz Liszt, is based on the true story of Crown Prince Rudolf of Austria, who entered into a suicide pact with his teenage lover Mary Vetsera. Find out more about the real-life events behind Mayerling.

The work featuring a number of real-life characters, from emperors and princes, to baronesses and mistresses. Read our essential guide to who's who.

The cast for this relay will include Edward Watson and Mara Galeazzi, who are fronting this year's Pointe Shoe Appeal. The live relay of Mayerling will be Mara's final Covent Garden performance with the Company before her retirement at the end of the Season. The duo recently gave an insight into rehearsals for the work. Watch our Mayerling Masterclass rehearsal film.

The role of Crown Prince Rudolf is one of the hardest male roles in the repertory. Find out how Edward Watson prepares for the role.

Tell us what you think

On the day of performance, we'll be giving an exclusive look into preparations through our social media activity so be sure to follow us on Twitter and like us on Facebook before the big day. We'll be using the hashtag #BPbigscreens so tweet us your thoughts, as well as a picture of your picnic to be in for a chance of winning a picnic hamper.

Read audience thoughts about the production, and add your own.

Mayerling is staged with generous philanthropic support from Celia Blakey, Lady Ashcroft, John and Susan Burns and Gail and Gerald Ronson through the Gerald Ronson Foundation.