Masterful or muddled? The controversial opera and ballet hybrid that heralded the dawn of The Royal Opera

How an unlikely all-singing, all-dancing Purcell performance paved the way for the creation of The Royal Opera, 70 years ago. 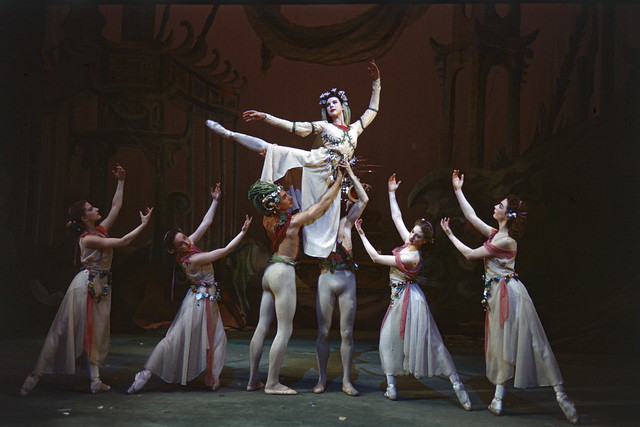 Beryl Grey and other Attendants to Summer in Act III of The Fairy-Queen, Sadler's Wells Ballet/Covent Garden Opera Company (1946). Photo by Frank Sharman

Not quite a ballet, not quite an opera, not quite a play; Purcell’s The Fairy-Queen, a 17th-century masque based on Shakespeare’s A Midsummer Night’s Dream sees dancers, singers and actors unite on stage. Nowadays it might seem an unlikely choice of work for the first ever performance by the Covent Garden Opera Company (later to become The Royal Opera) – but so it was, on 12 December 1946. The production saw the fledgling opera company work together with the Sadler’s Wells Ballet (which would become The Royal Ballet) and leading actors of the day, in an intriguing blend of dance, song and drama.

The Fairy-Queen was the brainchild of Constant Lambert, music director of Sadler’s Wells Ballet and one of its founders. As Lambert wrote in the programme, Purcell’s score had been lost until its rediscovery early in the 20th century; before this production at Covent Garden there had only been one revival of the work, in Cambridge in the 1920s. Lambert saw this starting point of the two resident companies at the Royal Opera House as the perfect opportunity to bring to life a work that had been lost for centuries. He conducted his own arrangement of the score, which compressed the work into three acts; the original version was five acts long and some have suggested could have lasted as long as seven hours.

The Fairy-Queen remains one of the few times the two resident companies have graced the Royal Opera House stage together. Sadler’s Wells Ballet had been established before the war and had grown exponentially during it; by the premiere of The Fairy-Queen the Company was already well-established at Covent Garden, having reclaimed it from its wartime use as a dance hall with a lavish production of The Sleeping Beauty. The Covent Garden Opera Company, on the other hand, was newly formed, and while many of its singers were already well-known opera stars of the era, these performances of The Fairy-Queen were the Company’s first chance to introduce itself to the London audience.

The production featured choreography by Frederick Ashton, the ballet company’s resident choreographer, and designs by the acclaimed artist and writer Michael Ayrton. Ballet dancer Robert Helpmann starred as Oberon with actress Margaret Rawlings as Titania, the tenor Edgar Evans as the God of the Birds and actor Michael Hordern as Bottom. Images from the Roger Wood and Frank Sharman Photographic Collections, held by ROH Collections, show sumptuous production values and striking costumes. 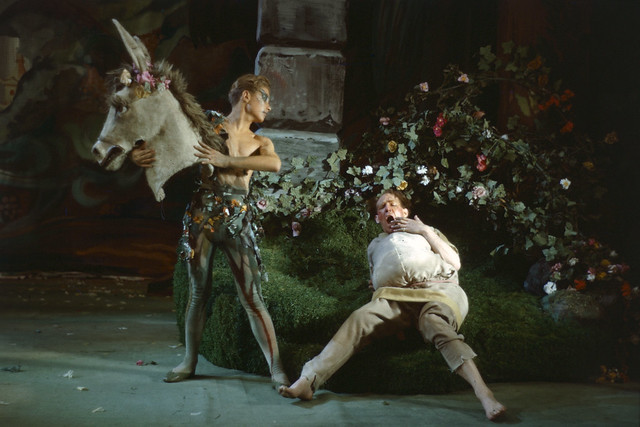 However, reactions from contemporary newspapers were mixed. Some commentators lauded it as a ‘feast of enchantment to the eye’ but others questioned its impact, arguing that the production appealed neither to ballet, opera nor Shakespeare enthusiasts. Nor was it an unqualified success for Covent Garden Opera Company; while the chorus was largely praised, solo singers came under criticism for their unsteady performances.