Making Moonshine: How theatres give the impression of moonlight

We take a look at history of moonlight on stage in Giselle and beyond. 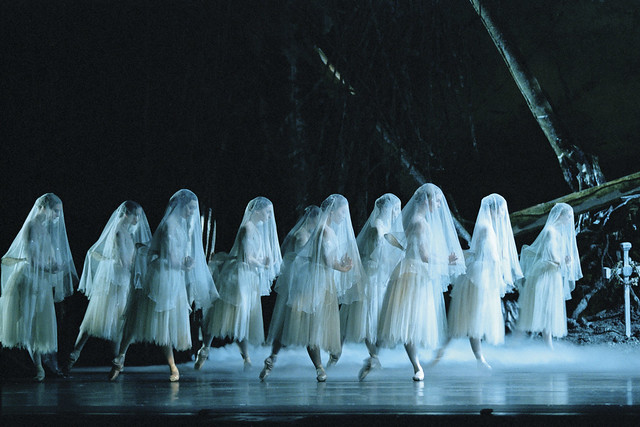 French writer Jules Janin, attending the first night of Giselle in 1841, forgot for a moment that he was sitting in a theatre. ‘The night throws its soft vapours over the entire countryside’, he wrote, ‘around us all is silent… The vapour is Myrtha, the Queen of the Wilis, and the first ray of the September moonlight has imparted to her the fine contours of her beautiful body.’ Around him sat an enraptured audience, delighted to let the dancers, costumers, scenery painters and lighting men transport them from a dusty Paris summer to the spirit-haunted forest of Giselle Act II.

People loved moonlight scenes in theatre, and the rays of the moon, usually painted falling through a window or across a painted ruin, were lit by a flood of green or blue light from the wings and flys. The ‘White Acts’ of Giselle and La Bayadère notwithstanding, blue and green is an integral feature of stage moonlight. John B. Read, relighting the balcony scene in The Royal Ballet’s Romeo and Juliet in 2007, remarked, ‘What colour is moonlight? Is it dark blue? Is it light blue? Is it even blue at all? Maybe it’s green, I don’t know. It could be white.’

Shakespeare, in broad daylight at the Globe or the Rose, never worried about stage moonlight at all and conjured up its beauty with his verse alone. But when his plays were staged in interior theatres nobody could resist lowering the lights (by swivelling the candles round on battens so they appeared to go out) and painting in the moon.

By the mid-18th century the moon was even perceived to shine. This was done by cutting a circular hole in the backdrop, to represent the moon, pasting a transparent gauze over the hole and shining an oil lamp on the gauze. A similar effect is used on the modern stage, with the hole replaced by a disc set behind a cyclorama, and the light shining on it the focussed beam of an electric lamp.

Focussed light, whether from a lump of overheated lime, or an electric carbon arc, was one of the great theatrical innovations of the 19th century. The appearance of a shaft of moonlight bright enough to create a shadow took everyone’s fancy. However, once the beam began to move, people became hyper-aware of the spotlight operator. W. S. Gilbert, for one, couldn’t see a spot without immediately thinking of the man behind it. Watching an improbable tidal wave effect in The Nightingale he noted, ‘The house is swamped and disappears. Mary alone on the wild waste of waters in a boat. Happily the presence of a lime light suggests that human aid is not far off…’.

But what if the moonlight was supposed to be eerie rather than brilliant? Well, a gauze shadow could pass over the moon, or the lighting men could attach a ‘gobo’ (a disc with punched out patterns) on to a lamp, to diffuse the beam. 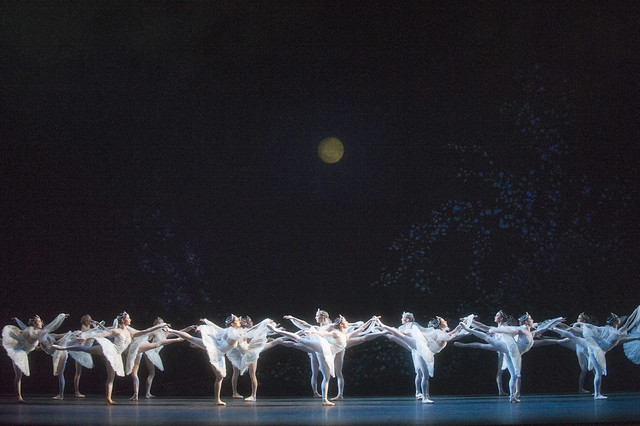 But in ballet, it seems that you can ditch an actual moon and trust the scenery, costumes, dry ice and sheer technical brilliance of the dancers to induce a proper ghostly effect. The hypnotic opening of Act III of La Bayadère with its perfectly executed arabesques, repeated over and over again by the white-clad Shades, doesn’t need a moonbeam, and nor do the weightless, gliding veiled Wilis in Act II of Giselle.

This is an extract from Sarah Lenton's article 'Well Lit by Moonlight', available to read in full in the Giselle programme book. This is available in the theatre at performance times and from the ROH Shop.