MacMillan's The Invitation: How dancers revive a challenging historic ballet

For its first revival in decades, landmark dramatic ballet The Invitation is being performed in a very different cultural climate from its 1960 premiere. 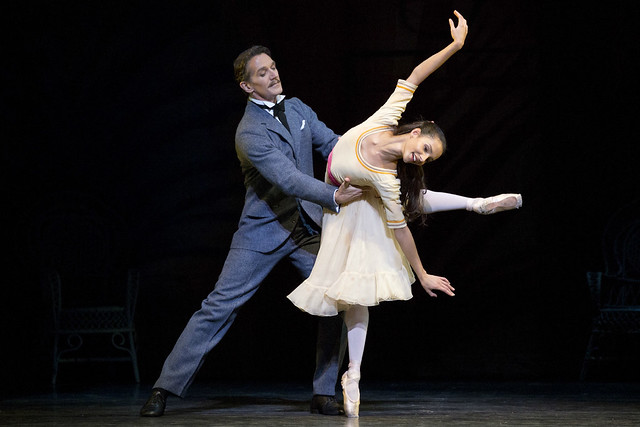 Francesca Hayward and Gary Avis in The Invitation © ROH 2016. Photograph by Andrej Uspenski

Kenneth MacMillan’s intention in creating The Invitation in 1960, with its depiction of the rape of an adolescent girl, was not to shock audiences but to make them realize the effects of a traumatic experience. A recurring theme in his work is the loss of innocence, and how it can blight the rest of a person’s life. In The Invitation, the damage affects not only the principal victim, but those around her. Feelings of shame, guilt and remorse will haunt all those involved with her.

The task of reviving the ballet for the current Season was undertaken by Gary Harris, who worked on its last revival for The Royal Ballet in 1996.

‘Then, I hadn’t seen it run in full until the final rehearsal, when I was blown away at how fresh it looked, so bright and rich with all those subplots. It doesn’t date at all’, he says. He has relied on the original notated script, written in Benesh notation as the ballet was being created in 1960. Harris comments: ‘The script is full of Kenneth’s annotations over the years, as he refined what he was after.’

In the Royal Opera House archives, there are old black-and-white videos of the original cast, as well as later DVDs. Dancers must find their own interpretations of the roles, advised by coaches who know the ballet well. ‘These days, it’s hard to explain to young dancers how innocent adolescents were supposed to be at the time’, says Harris. ‘No internet, no TV – they were kept ignorant of sex as far as possible, though of course they were curious. No sex before marriage for girls, though they knew how to flirt.’

Gary Avis has been cast as the older, married man, a role covered 20 years ago, when it was danced by Irek Mukhamedov and Adam Cooper. ‘Kenneth knew all about what went on in relationships’, Avis says. ‘He’d observe people in rehearsal and in the canteen, and put what he’d seen into his ballets. That’s why what he got was so brilliantly true.’

Avis is sympathetic towards the husband he portrays. ‘He’s not a brute, like the Gaoler in Manon. He’s in a loveless marriage, with a tricky, unhappy wife. Maybe she’s rejected him. They have to cope with staying together because their society expects it.’ He sees the climactic scene with the young girl as the result of an appalling misunderstanding. ‘The man is immediately attracted to her – there’s a tension between them, though she’s too naive to understand what’s going on in the first scene. She’s just flattered by his attention. Then when she comes to him in the nightgown, he gets it wrong. When she’s terrified and rejects him, he loses it. He’s knows what he’s done and he’s broken by it.’ 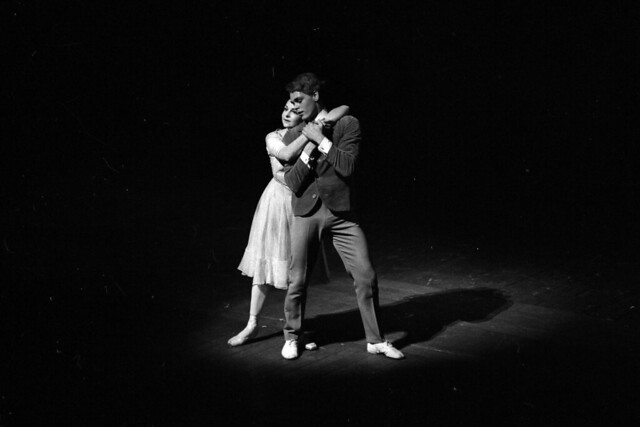 Lynn Seymour as The Girl and Christopher Gable as Her Cousin in The Invitation (1960), The Royal Ballet © ROH Collections. Photograph by Donald Southern

When Ninette de Valois first saw The Invitation in rehearsal on tour in Oxford, she was aghast at how explicit the scene was. She suggested that the ‘seduction’ (she avoided saying ‘rape’) should take place off stage. When MacMillan insisted that the audience needed to know what happened in order to understand the consequences, De Valois gave way, prepared to defend his ballet against all objections.

Protests from members of the public meant that The Invitation was X-rated on tour, but the critics’ reception was enthusiastic, admiring MacMillan’s risk-taking in an art form often considered safe and pretty. Sex had been displayed on stage before 1960, notably in ballets by Roland Petit and Frederick Ashton, but the acts were consensual, not brutal. MacMillan was assumed to be commenting on the hypocritical moral standards of his time, as well as the ballet’s: men could behave in ways that women shouldn’t.

This is an edited extract from Jann Parry’s article ‘Innocence and Experience’, available to read in full in The Royal Ballet’s programme for The Invitation.

The production is given with generous philanthropic support from Richard and Delia Baker and The Friends of Covent Garden.