What the climax of Puccini's opera tells us about historical European attitudes to America. 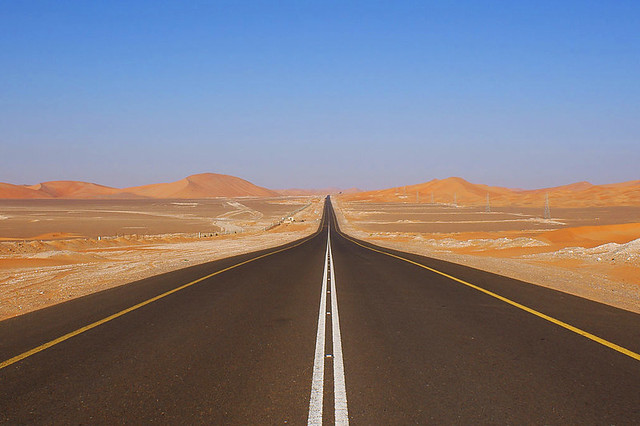 Louisiana, early 18th century. A few kilometres outside New Orleans: Manon and her lover, Des Grieux, have escaped the city on foot, hoping to reach an English settlement. What lies ahead of them seems insurmountable: plains so vast and mountains so high they would daunt the roughest and hardiest of men and women.

As night falls, Manon can walk no further and succumbs to the unavoidable. She collapses from thirst and weariness, and dies in 'the depths of the desert’.

The inhospitable land the two lovers describe in the last act of Puccini’s Manon Lescaut has more than puzzled contemporary audiences and directors alike. The original poster of the opera’s 1893 premiere showed sun-baked arid hills and what appears to be like an agave plant (more commonly found 2,000km away in the accurately arid desert of Arizona, not in Louisiana). To put it mildly, the setting is a largely inaccurate description of the outskirts of New Orleans, even some three centuries ago.

Devastating hurricanes aside, the southern city is used to a healthy amount of rainfall. And water also abounds in lakes, streams and other watercourses that dissect this meandering delta region of the Mississippi River. It's an area alive with mammals, birds and reptiles. In fact, rather than thirst, it's likely that hungry coyotes or alligators would have led to Puccini heroine's untimely demise.

So why did the composer and his librettists get it so apparently wrong? The original source of the opera and later adaptations offer a few possible clues.

In his 1731 novel L’Histoire du chevalier des Grieux et de Manon Lescaut, French writer Abbé Prévost gives some details about what was then predominantly uncharted territory to European colonizers. Apart from a mention of ‘barren and uninhabited plains’, the author describes Manon’s resting ground only briefly:

‘We sat down in the middle of a vast plain, unable to find a single tree to give us shelter.’

One of the last scenes of the 1830 ballet-pantomime Manon, by dramatist Eugène Scribe, is also set in the ‘vast desert of New Orleans.’ But his 1856 opera Manon Lescaut, with music by Daniel François Esprit Auber, takes place in the ‘plains, and forests of North America.’ Both Prévost and Scribe seemed to have portrayed a settlers’ misconception about much of America west of the Appalachian Mountains.

When US President Thomas Jefferson bought Louisiana from the French in 1803, he regarded this huge territory – which extended all the way to present-day Canada and encompassed all or part of 15 modern US states – as ‘wasteland’. As John Herschel Barnhill writes in The Louisiana Purchase: A Historical and Geographical Encyclopedia, the belief in the area’s desolation was so commonplace among ‘nineteenth-century Americans coming out of the Eastern woodlands and the fertile prairies’ that they named it the ‘Great American Desert’.

The term was also used to describe uninhabited lands (by European settlers, that is, as Native Americans had long before populated Jefferson’s ‘wasteland’). And, the historian continues, it further served to create ‘a natural limit to the expansionist urge of Americans’, thus preventing their exodus from an already sparsely-populated US.

These 19th-century accounts seem to defend, at least in part, Prévost’s apparent belief in the existence of a desert in Louisiana. But they were certainly outdated when Puccini began to ponder writing the opera. By the late 1880s, more than 200,000 people lived in New Orleans and the city was a bustling American port.

As Angela Scholar noted in her Oxford World’s Classics translation of the original novel, ‘Prévost’s account of the environs of New Orleans […] is shaped more by the psychological and emotional requirements of his story than by any strict realism.’ Her argument is reinforced by Puccini expert Michele Girardi. He argues that, despite being aware of the geography of Louisiana, the composer and his librettists retained the original setting on purpose, ‘with disregard to the obvious inaccuracy.’

‘The desert provides the kind of atmosphere that is needed by a woman who has fallen from luxury to destitution and near death,’ the Italian musicologist explains. ‘It is much better for Manon to die from hardship in the desert – a symbol of abandonment and desperation [than in the swamps with their abundance of life].’

Since Manon Lescaut had its premiere in 1893, theatre directors have traditionally retained Puccini’s desert setting. They have adhered to the libretto and Prévost’s well-established convention. But they also seem to concur that the geographical inaccuracy conveniently and brilliantly serves to heighten the dramatic power of Manon’s tragic end.