Listen: The cast and creative team speak about Written on Skin 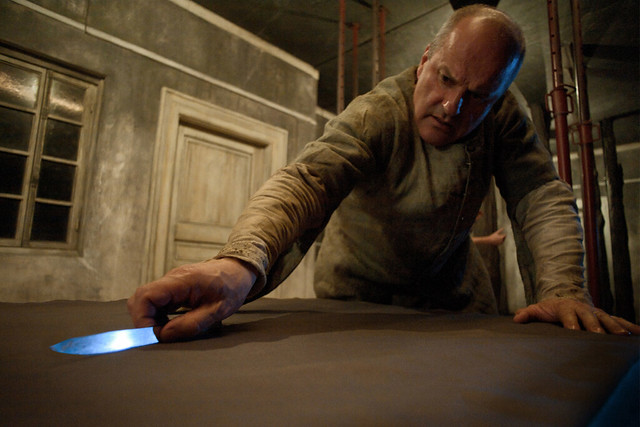 Composer George Benjamin, author Martin Crimp, and singers Barbara Hannigan and Christopher Purves recently spoke about Written on Skin as part of an ROH Insights session which revealed the process of creating a contemporary opera.

Christopher spoke of having the roles created especially for their voices: 'George made me sing everything I knew with him or Martin playing the piano...finding out which part of my voice I felt most comfortable in, so that he could write for my voice. It was incredible and so liberating - what a privilege of having someone of George's stature writing for me!'

'The story of my character is about a woman who liberates herself from an oppressive situation by way of an illicit love affair,' said Barbara Hannigan at the event presented by BBC Radio 3's Sara Mohr-Pietsch.

'I went to George's house and we played a game with a blank sheet of music paper,' said Barbara of the composing process, 'George would write a note and then he wanted me to write the note that I wanted to come next, what would feel good - It's a wonderful way of finding out about the other person's instrument. Normally when composers write for me I have to tame them - this score made me feel vulnerable because I couldn't show off all I could do, I couldn't use all my tricks.'

'I shut down my life entirely to write this piece,' said George, 'that meant I didn't go out, I didn't go to operas, I saw very few people - I was very isolated. It only took about 24 months to compose the music so I was working like I've never worked in my life. It's very strange to come out of such intense hermetic isolation and then go through the process of putting the piece on stage.

'I started at the most gentle moment of the piece: the fourth scene where Agnes, the wife, goes to visit the boy in his studio where he paints his paintings, before beginning to flirt with him. You have to invent a language for a contemporary piece of music, not everything is given. In the 19th century composers started with more things - time signatures, key signatures, key forms. You have to invent more for yourself today - Martin's words hugely influenced me. I considered myself the servant of the words.'

Listen to highlights from the Insights session:

Written on Skin runs from 8 – 20 March 2013. Tickets are still available.
Find out more about ROH Insights and listen to further audio highlights.

The production is generously supported by the Colombia Foundation of San Francisco and the Peter Moores Foundation.