Listen: Purity of style and Swan Lake with a happy ending, what makes the Mariinsky Ballet unique?

Sarah Crompton talks about the company’s distinctive style and the dancers she’s looking forward to watching in summer 2014. 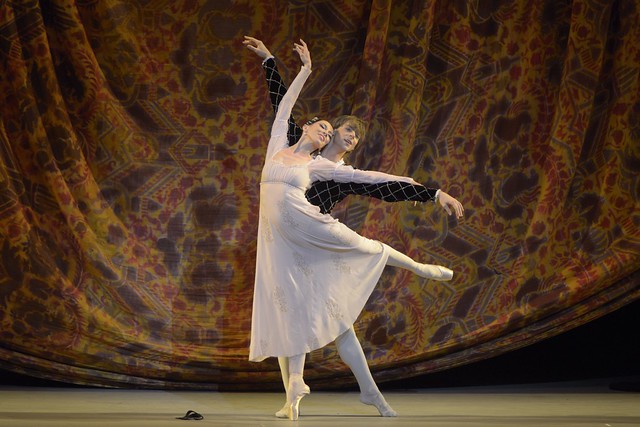 This month, the Royal Opera House plays host to the Mariinsky Ballet, one of Russia’s top companies, when they bring their productions of Romeo and Juliet, Swan Lake and Cinderella, as well two mixed programmes, to Covent Garden.

The Mariinsky can trace its tradition back to the 18th century, when the first ballet school was set up in St Petersburg. Since then the company has produced stars including choreographers Marius Petipa and Mikhail Fokine, and dancers Galina Ulanova, Rudolf Nureyev, Mikhail Baryshnikov, Anna Pavlova and, more recently, Uliana Lopatkina.

In this podcast, Dance Critic and Arts Editor in Chief of The Daily Telegraph, Sarah Crompton, who has seen the Mariinsky Ballet perform many times, talks about the company’s distinctive style and what to look forward to in its Summer Season at the Royal Opera House.