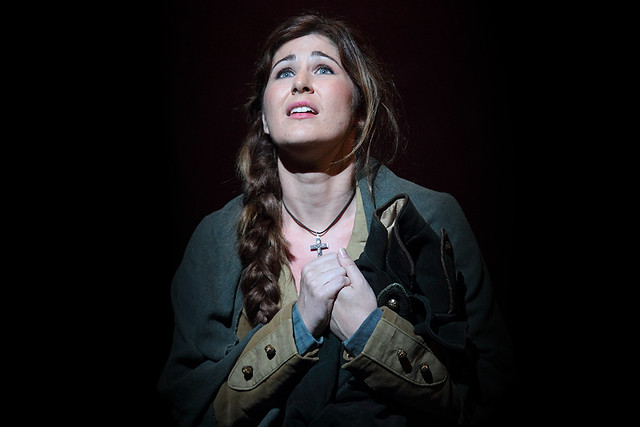 The Melbourne-born singer has sung in Francesca Zambello and Kasper Holten's productions previously, both with Opera Australia. She makes her ROH debut on 19 October as Micaëla in Carmen.

'It's really nice to be coming over as a slightly more established singer', she told presenter Sean Rafferty. 'I've got the roles under my belt and I'm quite comfortable bringing them to different houses. The Royal Opera House is a Mecca for singers so it's a very important debut to me.'

Nicole came to opera fairly late, originally keen on a career in jazz:

'Sarah Vaughan, Nina Simone and Ella Fitzgerald were my idols', she said. 'I think that the reason I have coloratura in my lyric instrument is because of the jazz singing and scatting. I'm very thankful for it.'

It was her high school music director who spotted her potential in classical music and she took the plunge, despite having never seen an opera performance:

'I took a friend to see Tosca. We'd never seen an opera before and we sat in the very top row of the State Theatre in Melbourne', she said. 'From the first chords and Tosca opening her mouth I thought "This is what I need to be doing". It was visceral.

'I grew up with AC/DC and The Rolling Stones so I've been helping to educate my parents and their friends and family into coming and seeing opera. There are quite a few converted people in Australia now!'

Listen to the full interview on the BBC Radio 3 website

Eugene Onegin runs 19 December 2015–7 January 2016.
Tickets are now on sale to Friends of Covent Garden, with General booking opening on 21 October 2015. The production is staged with generous philanthropic support from The Danish Research Foundation.