Listen: Karita Mattila - 'It's never too late for a debut!'

The Finnish soprano tells BBC Radio 3 about the challenges of needing two voices in Ariadne auf Naxos, and hints at future plans. 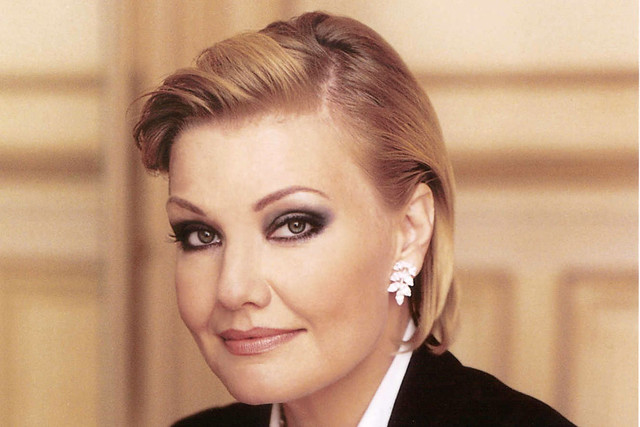 'It's never too late for a debut,' Karita told presenter Sean Rafferty. 'I'm glad in a sense that I waited so long with this part, because now I realize that you really need two voices for it - one very low with these lyrical touches and then this very Wagnerian [voice], with a very dramatically-written top.'

'It being an opera within an opera makes it even more fascinating. When I was learning it, it was hard to understand what it was about, but the production has certainly helped.'

Karita first sang Strauss in 1995, performing the role of Chrysothemis in Elektra: 'It was a totally different repertoire compared to what I had been doing before. That was the start, and then came Arabella and Salome.'

The singer also touched upon her future plans during the interview. When asked by Sean Rafferty about potential plans to sing Wagner - and in particular Tristan und Isolde - she said:  'I don't know. I should probably wait - I'm like Ariadne, just hopefully not waiting for the same thing! After my first Sieglinde [in Die Walküre] next year, I'll see how it feels.'