Listen: It may be tuneful, but Weill’s music underlines a ‘dark, cynical message’

Conductor Mark Wigglesworth and mezzo-soprano Christine Rice discuss the juxtaposition of music and text in Rise and Fall of the City of Mahagonny. 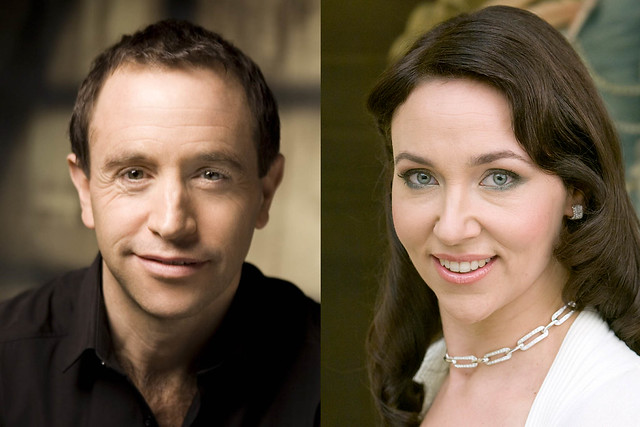 Kurt Weill’s score is ‘everything you want music to be’, begins English conductor Mark Wigglesworth, during rehearsals for The Royal Opera’s first production of Rise and Fall of the City of Mahagonny. ‘Part of it is very serious; part of it is more light-hearted. Some of it is incredibly modern; some of it is more traditional’ – all down, he says, to the ‘incredible’ artistic climate in which the German composer was working.

In the 1920s, Germany was an experimental artistic laboratory. The country was home to an ‘extraordinary’ musical legacy that encompassed the work of Beethoven, Wagner, Mahler, Richard Strauss and many others. And this rich history intermingled with new works from central Europe, Russia and America; especially jazz, which greatly influenced German composers, including Weill. ‘You hear in his music both the past and the future’, explains Wigglesworth. ‘You hear Shostakovich, Mahler, Schoenberg, Stravinsky, Hindemith, Gershwin.’

The composer, however, was not just responding to his country’s changing taste in musical styles. Weill and his contemporaries were also feeling ‘under great pressure to look to the future and what that might bring’, Wigglesworth continues. Having lost World War I, Germany found itself severely impoverished, and entered a time of economic turmoil and moral confusion. Weill’s opera became a forum for the composer and his librettist, German playwright and poet Bertolt Brecht, to criticize openly the excesses of capitalism. The story is thus set in an ungoverned world where Mahagonny grows uncontrollably into ‘a city of consumption and pleasure’, as director John Fulljames recently explained.

English mezzo-soprano Christine Rice, who plays a prostitute, Jenny Hill, in the opera, concurs with this view. She also adds that, despite the darkness in Brecht’s libretto, Weill’s music is not dissonant, as one might expect given the subject matter. Her character, for example, has two ‘show-stopping numbers, one of them being the very famous Alabama Song’, she says. ‘These are very tuneful […] but the message within them is opposite to the tune: dark, gritty and full of the ugliness of life.’ For intellectuals, underneath the superficial happiness in the cabarets of the 1920s, corruption and savagery were rife in Germany.

‘One of the interesting things about the piece’, Rice continues, ‘is this constant juxtaposition between tunefulness and bitter emotions, entertainment and a cynical political message about, really, the worthlessness of the human race’. Mahagonny does in fact ultimately decay and burn. As Wigglesworth points out, the opera shows that ‘capitalism offers a very big moral problem’ – a moral dilemma, the conductor concludes, that remains relevant today. ‘Given that we are doing this piece in essentially a capitalist world, there is definitely a feeling that this is a question that [still] needs to be addressed’.

Rise and Fall of the City of Mahagonny runs 10 March–4 April 2015. Tickets are still available.
The production will be broadcast live to cinemas around the world on 1 April 2015. Find your nearest cinema.

This article has been categorised Opera and tagged Bertolt Brecht, by John Fulljames, Christine Rice, interview, Kurt Weill, listen, Mark Wigglesworth, Production, Rise and Fall of the City of Mahagonny