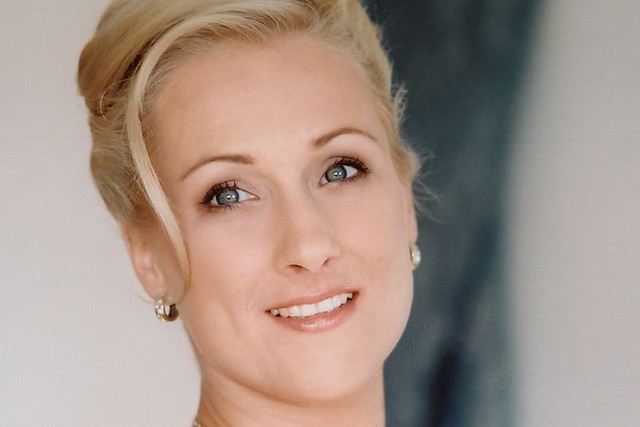 German soprano Diana Damrau spoke to BBC Radio 3's In Tune yesterday about The Royal Opera's La traviata and her career to date.

'The role of Violetta in La traviata is a difficult one,' Diana told presenter Sean Rafferty. 'You hear people say that you need three sopranos to sing one traviata because all the acts are very different. You have to show the journey. She sparkles in the first act but she knows that she's going to die - there's a big dark cloud on top of her the whole time. I wanted a special sound to express those feelings.'

Diana is singing Violetta for the first time at Covent Garden, after performing the role in other productions at La Scala and the Met: 'I'm so happy to finally sing my first traditional La traviata where I can be sick and fragile but through all this show the strength of this woman. I saw Franco Zeffirelli's film adaptation aged 12. I switched on the TV and was glued to it. After that I was an opera lover.'

Many singers find that their voice changes with age, and Diana is no exception: 'When I started taking singing lessons, I was 15 years old and I had yet to understand technique. My voice sounded very light. My teacher said "You're a pure coloratura soprano with the stratospheric notes but your voice also has the quality of changing later after you've sung the light repertoire. You'll see it develop, but on its own". It was a gradual process but that's what happened.'

She spoke of the early years of her career, singing in Würzburg, and then the transition to larger stages: 'Würzburg was a nice company but it's a small opera house. We did a lot of music not in the original language, but in German. We did My Fair Lady for instance, but with Berlin accents. I then sang Zerbinetta at the Bavarian State Opera - that was my first big step - before singing Aithra in Die ägyptische Helena by Richard Strauss at the Met, then the most dramatic role I'd sung. I then took more lyric parts to find out what is possible with my voice. Since giving birth to two boys, I've really heard a significant change in my voice and I think now I'm ready for La traviata.'

Diana Damrau will be signing DVDs and CDs at the ROH Shop on 16 April.

La traviata runs 19 April–20 May 2014. Tickets are still available.
The production is generously supported by Rolex, with generous philanthropic support from Quentin Holland.