The stars of Faust tell BBC Radio 3’s In Tune about the production, and how you can inhabit a character too thoroughly. 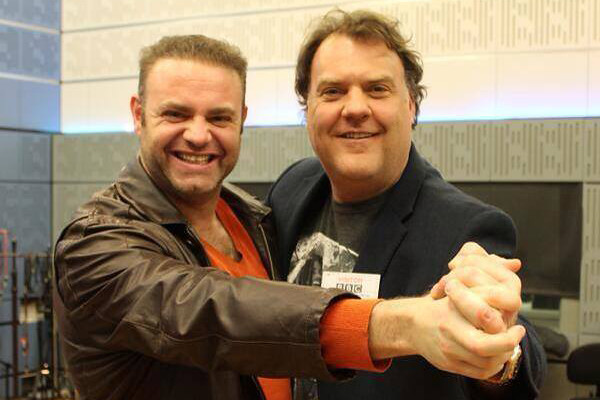 Rehearsals have been underway for a couple of weeks and - though now all in full health ready for opening night - illness struck the members of the cast during rehearsals, including soprano Sonya Yoncheva: 'I had to do all my lovemaking scenes with a 32-year-old Australian called Greg who stood in for Marguerite!', Joseph told presenter Suzy Klein.

The two singers spoke about the challenges of singing in French:

'I love to sing in Welsh and English. German music too, but I don't often have an occasion to sing in Russian or French so it's always lovely to return to them and to be taught how to sing them,' said Bryn. 'Singing in French is very difficult but these are hurdles you have to overcome with hard work and dedication.'

'I do speak French but my vowels are occasionally too Italianate because of the way I studied; but we have a wonderful coach who gives us notes all the time. She's tough but in a nice way,' said Joseph. 'French is a lovely language - it's so romantic and fulfilling to sing.'

Joseph, who is making his debut in the role of Faust, has found elements of the characterization challenging:

'The main difficulty of the role is acting as an old man in the first act, and having all that anger towards God. My very Catholic mother is coming to see one of the performances and I'm sure she'll chide me for conjuring Satan! Yesterday my girlfriend paid me the greatest compliment - she told me that she didn't recognise me when I came on stage in the opening bars. She only recognized me when I opened my mouth and sang.'

Bryn sang the role of Méphistophélès at the production's 2004 premiere. Suzy asked him if he had trouble returning to it after performing so many roles in the intervening decade:

'I remember it all. When something makes sense in your mind and your soul, you remember it. Sometimes movements bring back words and colours so sitting on that box of magic once again brought back memories. It's a wonderful production. I haven't sung in Faust since, so to hear the reaction of the audience is interesting. Hopefully it develops too as you have different colleagues in the cast and a different conductor. I feel much more comfortable in the role than in 2004.'

Following his performances in Sweeney Todd in New York, Bryn joked that his mindset is very in much the mould of the lyric stage's darker characters: 'I go to my local restaurant and they ask if I'd like coffee: ‘Grr, Yes! Oh, sorry...’

Bryn and Joseph also told Suzy the identity of their musical heroes.