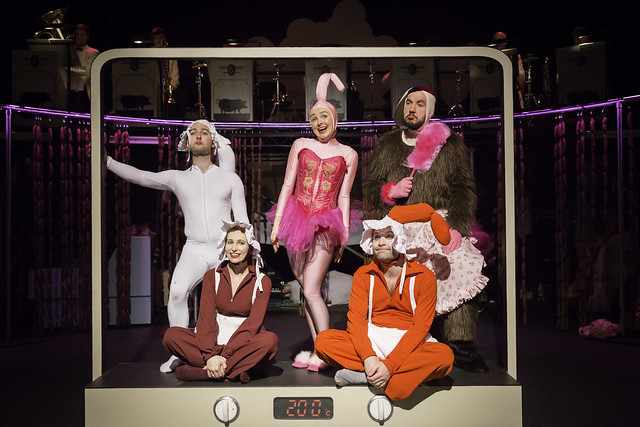 Cabaret’s parade of basement burlesque, satire and circus acts has long roots. This art form – alternative, diverse and, above all independent – has often intertwined with opera; H.K. Gruber’s cabaret opera Gloria – A Pigtale is just the latest in a long line of cabaret-inspired works.

Cabaret’s origins lie in late 18th-century Paris, where a fashion emerged for singers to perform on streets and in cafes. It was more than a passing fad, and within half a century performers were categorizing themselves into different styles: audiences could seek out a gommeur (‘gummer’) or a diseur (recitalist), a gambillard (leg-mover) or a fantaisiste. An 1867 change in the law in allowed performers to appear in costume and led to a proliferation of so-called café-concerts, until in 1881 cabaret’s golden age dawned with the opening of the Chat noir. 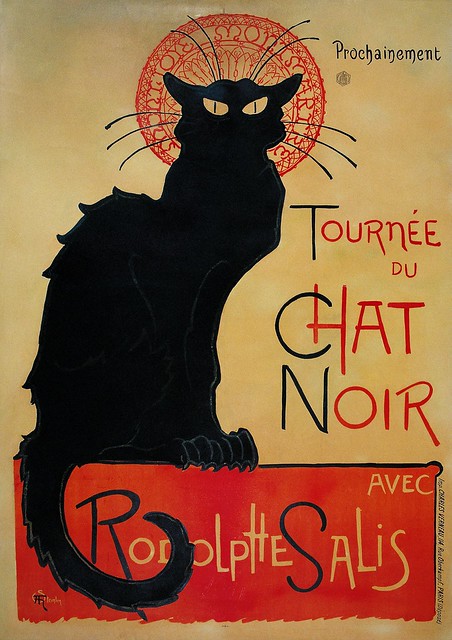 The dream of the Chat noir’s founders was to foster an environment in which bohemian artists could intermingle with their bourgeois audience. This they more or less realized, and their model of small venue and informal atmosphere was widely imitated throughout France and its colonies. In the belle époque era the great artists of the day thrived in such places; Erik Satie (whose many café-concert works included his famous Gymnopédies) seemed to spend his life in one café-concert or the other.

German cabaret began as an imitator, but with the spur of a 1902 tour by the great diseuse Yvette Guilbert it fast coalesced into a distinct form. German poets and musicians were captivated by the potential of using popular songs to serious ends, far removed from the pomp of state-sanctioned works. Berlin became the cabaret centre, with Ernst von Wolzogen’s cabaret Überbrettl leading the way. Arnold Schoenberg – whose early exposure to music had been mostly through eavesdropping on cafe performers – had his first music job conducting at Überbrettl 1901–03 and composed a collection of Brettl-Lieder for the in-house performers. The sense of irony of the diseuse and the intimate, ad-hoc music setting of cabaret were unmistakable influences on his 1912 masterpiece Pierrot lunaire.

German cabaret came into its own in the interwar Weimar Republic, blossoming under the Republic’s increased liberality and bolstered by an influx of American jazz musicians. It was in this period that Marlene Dietrich shot to international fame with her portrayal of the cabaret singer Lola-Lola in Josef von Sternberg’s 1930 film Der blaue Engel (The Blue Angel). Her subtle, ironical-tragic delivery of Friedrich Hollaender’s songs was genre-defining.

Kurt Weill never wrote specifically for cabaret – oddly, given the influence he would have on the genre. His 1928 Die Dreigroschenoper (The Threepenny Opera) was both informed by cabaret and immeasurably influential on it: the use of ballads and the emphasis on Bertolt Brecht’s text demonstrate Weill’s interest in the genre. Subsequent cabaret performers went on to mine its songs for their own acts – ‘Mack the Knife’ the most famous example. Weill’s wife Lotte Lenya, originally an actor, was hugely celebrated for her declamatory performances in the roles Weill wrote for her, including in Dreigroschenoper, Mahagonny and Die sieben Tödsünden.

Songs by Weill and his contemporary Hanns Eisler became famous as the core repertory of cabaret singers, but cabaret music found its way into opera as well. Voguish Zeitopern (operas of the time) sought to speak directly to their audiences through the use of contemporary settings, and often jumped on the cabaret bandwagon. Perhaps the most brilliant examples are Ernst Krenek’s 1927 Jonny spielt auf  (Jonny plays on), in which the African-American musician Jonny and chanteuse Anita attempt to lure the lofty composer Max from his glacial mountain (literally), and Max Brand’s 1929 Maschinist Hopkins (Engineer Hopkins), where in one astonishing scene singer Nell and her lover/husband factory owner Bill enjoy a brief ascent to power to the strains of a Black Bottom routine played by the Brand New Band. 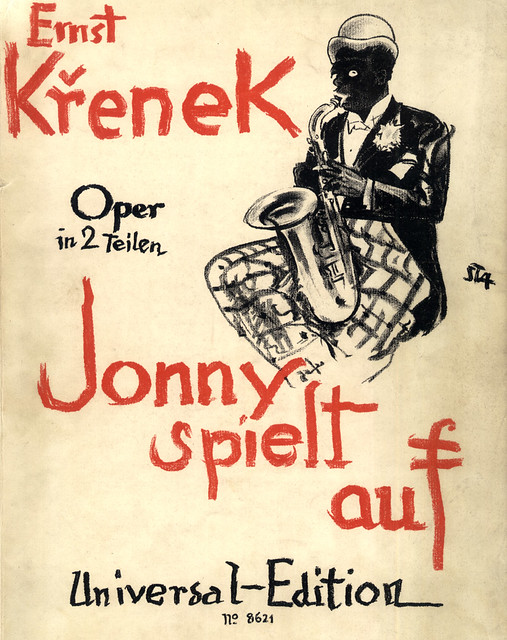 The Nazis’ rise to power terminated cabaret’s golden age, a twilight expertly captured in Kander and Ebb’s Cabaret. Cabaret has never regained the same social prominence, but its legacy lives on, in contemporary cabaret, in musical theatre, alternative comedy, Las Vegas, and the cabaret songs themselves.

Gloria – A Pigtale opens tonight and runs until 19 July 2014. Tickets are still available.
The production is a co-production with Mahogany Opera Group, Bregenz Festival and Buxton Festival.