Title will be released on 1 November 2015, but is now available to pre-order. 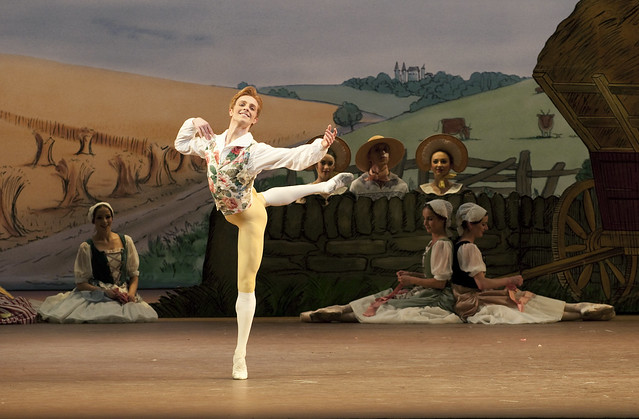 Frederick Ashton's La Fille mal gardée, starring Natalia Osipova and Steven McRae, is to be released on DVD and Blu-Ray.

The performance was captured during this week's live cinema relay. Read audience reactions to the cinema relay. As well as the live performance, the relay featured a series of backstage films, including rehearsal footage and interviews with members of the cast and creative team.

‘Ashton’s choreography, along with the music and designs, creates such an uplifting mood’, says Steven McRae, who performed the role of Colas. ‘It’s vibrant and the energy is high. He combines some very touching moments, where it’s obvious how in love the two lead characters are, with some of the most virtuoso sections of choreography that we have in The Royal Ballet’.

Download our La Fille mal gardée Digital Programme, which contains specially selected features to bring you closer to the production.

This article has 38 comments