In preparation for the Finnish soprano's performances as Ariadne auf Naxos, we look over some of her finest YouTube moments. 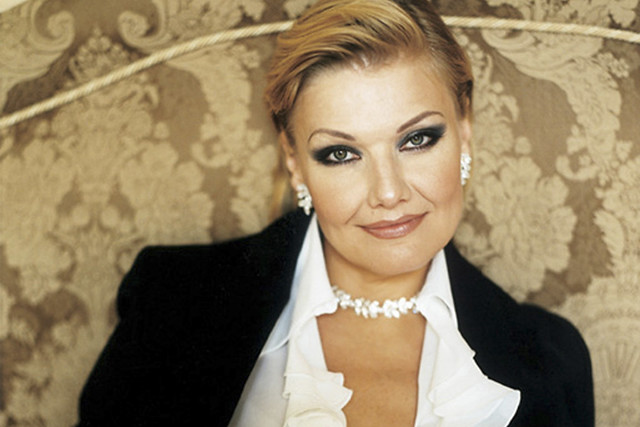 Finnish soprano Karita Mattila is one of the greatest singers of her generation, renowned as much for the radiant beauty of her voice as her electrifying stage presence. In the 2013/14 Season she has made a long overdue return to The Royal Opera with two role debuts: as Marie in Wozzeck in the autumn, and in the summer as the title role in Ariadne auf Naxos, returning to the Strauss repertory in which she is famous. In celebration we've collected a few of our favourite YouTube videos of Mattila in action – take a look and let us know what we've missed!

Each role Mattila sings she invests with dignity and grace – nowhere more so than as Elisabeth de Valois from Verdi's Don Carlos, a role she has made her own. Watch out for the conductor too in this 1996 performance at the Théâtre du Châtelet, a certain Antonio Pappano.

Mattila's voice has a distinctive, velvety quality that she marshals with exquisite control, enabling her to master the most challenging roles of the lyrical dramatic repertory – as with this breathtaking performance as Puccini's Manon Lescaut at the Metropolitan Opera, New York, in 2008.

Mattila's musical intelligence has made her one of the leading interpreters of Strauss and Janáček heroines, her roles including Salome, Chrysothemis (Elektra), Arabella and Ariadne for Strauss, and Kát'a Kabanová, Jenůfa and Emilia Marty in The Makropulos Case for Janáček. Here she sings from the finale of Jenůfa in a performance at the Royal Opera House, in an audio-only clip.

And here Mattila sings one of her signature roles at the Paris Opéra, Elsa from Wagner's Lohengrin.

Mattila is dedicated to promoting the music of her compatriot Sibelius on the concert platform, and here sings his Arioso with the City of Birmingham Symphony Orchestra in an audio-only clip.

She also regularly collaborates with Finnish composer Kaija Saariaho, and in 2010 created the title role in Saariaho's operatic monodrama Émilie at the Opéra national de Lyon. Saariaho dedicated Émilie to Mattila, who sings alone for the whole course of this exploration of one of the first female pioneers in science, Émilie du Châtelet.

Mattila is a key interpreter of Tchaikovsky's heroines Liza (The Queen of Spades) and Tatyana (Eugene Onegin). Here she sings part of the final scene of Eugene Onegin in concert with Dmitri Hvorostovsky at the 2001 Cardiff Singer of the World gala.

Finally, Mattila has made a name for herself singing songs by Strauss – nowhere more so that in the glorious Vier letzte Lieder. Here she sings the first of the set, 'Frühle', in concert at the Liceu, Barcelona.

What are you favourite Mattila roles and recordings?