The tenor shares the thrill of pushing his acting talents and vocal ability to the limit in the 'perfect Verdi opera'. 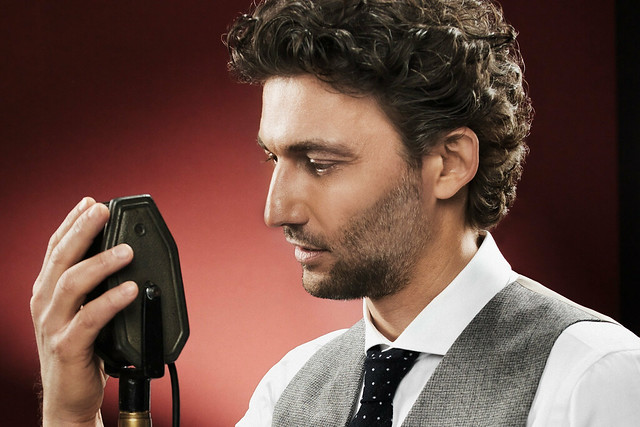 'There are a million mistakes you can make', says world-renowned tenor Jonas Kaufmann of Verdi's late, great opera Otello. 'You need people who really watch you and say "No! Wait! Careful!". If this doesn’t happen you just fall into the traps.'

Kaufmann is back at the Royal Opera House this summer to sing the title role in The Royal Opera's major new production directed by Keith Warner. In the years since his Covent Garden debut in 2004 in Puccini's La rondine, he has become a firm audience favourite and much in-demand around the world. Why then, has he waited until now to tackle one of the repertory's top roles, and why has he chosen to do so in London?

'I can’t tell you exactly the amount of offers I got for this part... You need an enormous amount of experience. It’s not so much the technical side of singing the role, but the challenge of losing yourself in the craziness of this character and pushing yourself to a limit where your voice might be harmed. I waited very long and I finally realized, "If I don’t do it now, when then?". It has to be done under the best possible circumstances. The Royal Opera House has always been a place where I’ve felt very at home and the acoustic is good – it's not too big but still has a glory.

'Otello is the perfect Verdi opera. It starts, the curtain opens and you’re thrown right into it. A lot of actors are very jealous of opera singers in operas like Otello because we have this carpet of emotions. You don’t have to do it from scratch. The audience is already captivated – you just have to go and harvest.'

One of the key drivers however, was the involvement of Music Director Antonio Pappano, who will be conducting the opera:

'I wanted to do this first Otello with him', says the tenor. 'If he doesn’t come to my place – to Munich – I have to come to London!'

On 28 June, the production will be relayed live to cinemas as round the world as part of the ROH Live Cinema Season. But Kaufmann, despite being seen up close in high definition on the silver screen, approaches performing for cameras the same way that he does for those watching in the back row of the auditorium:

'I’ve been asked many times if I would change for a live relay and I always answer "Not a hair". I've experienced both being on stage and being in the audience. I can see immediately if someone is honest on stage or not – not only in opera but in all art forms. Acting isn't pretending to be someone, acting means slipping like a glove into this character and just living it.

'If you’re able to do that, you don’t need to change anything because the natural gestures, movements and positions read regardless of distance. You can see the back of somebody and you know their mood if it’s done in the right way... There are opera houses where the audience is miles away and still it works – you know exactly the situation and the mood.'

And for a famously intense performer, Kaufmann is focused on the nuanced balance of emotion required:

'I think Karajan once said that we are seeking controlled ecstasy... I want to convince the audience that I am this other person. Nevertheless, deep inside there must be control. But playing on the edge is fantastic.'