Janáček unpacked: A quick guide to his greatest music

Full of energy, passion and tenderness, the music of Leoš Janáček is some of the most original in the 20th century. 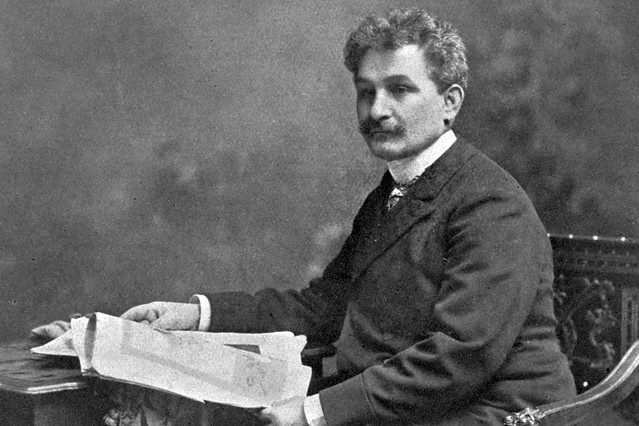 Full of energy, passion and tenderness, the music of Leoš Janáček is some of the most original in the 20th century. It is infused with love – for humanity in all its complexity and for his native Czechoslovakia (now the Czech Republic). His work encompassed chamber, orchestral and choral music as well as several operas that are perhaps his greatest achievements.

Janáček's music sounds like no other. He uses short repeated phrases, fitted together almost like a mosaic, to create powerful emotional atmospheres and a strong sense of place. In the Glagolitic Mass multiple repetitions create a hypnotic mood appropriate to this stark religious work.

In the opening scene of his opera The Cunning Little Vixen Janáček brilliantly evokes the forest's variety of animal life through multiple melody fragments. And in Jenůfa and Kát'a Kabanová short repeated phrases – such as the musical representation of the turning mill wheel in Jenůfa – highlight his heroines' claustrophobic situations.

Extreme, dramatic contrasts in dynamics, scoring and pitch are hallmarks of Janáček's compositions. His tone poem Taras Bulba (about a Cossack hero) opens with a magically delicate depiction of young love. The opening is scored with solo oboe, cor anglais and violin, before the full force of the brass depicts the central character's military heroism. In Janáček's operas, extreme variations in pitch and scoring enhance the story's emotive power. In the extraordinary finale to The Makropulos Affair, for example, high, eerie textures give way to rich, low brass sonorities as the 300-year-old heroine finally finds relief in death.

Janáček also uses unconventional instruments and instrumental combinations to great effect: majestic organ and bells depict the dying Taras Bulba's prophecy; a mellow-toned viola d'amore characterizes the gentle nature of Kát'a Kabanová; rattling chains evoke the prison in the overture to From the House of the Dead.

Folk music was a life-long passion for Janáček, who believed that 'whoever grows up with folksong, grows into a whole person'. Born in Moravia, in what is now the Czech Republic, he studied Moravian folk music in great detail. This inspired the irresistibly catchy songs and dances in Jenůfa, that make the opera's rural community so believable, and the rustic celebrations in Vixen. The only happy relationship in Kát'a Kabanová (between the teacher Kudrjas and his girlfriend Varvara) is characterized by playful and tender folksongs.

In From the House of the Dead, Janáček uses folk music to show how the prisoners create a sense of community even in bleak surroundings. And in his comic choral Nursery Rhymes he enjoys using the folk idiom to depict eccentric creatures such as a clumsy bear and a fruit-picking goat.

Janáček was fascinated by how natural speech patterns represent people's personalities and states of mind, and spent much time notating speech, animal cries, and ambient sounds – for fun as well as for work. Once, on a visit to London Zoo he notated animal calls including monkeys, seals and a walrus.

In his operas, he captures the natural rhythms of Czech speech in a way that makes his characters and their exchanges feel very believable, and tells us much about them as individuals. Speech-song allowed Janáček to write operas based on complex plots with multiple characters, almost like sung plays. His characters' predominantly conversational style also makes their brief forays into lyrical song - Jenůfa's prayer, or Kát'a Kabanová's ecstatic memories of childhood – all the more affecting.

Janáček's own life experiences had a considerable influence on his music - particularly in his sixties when (Jenůfa excepted) he wrote most of his greatest works. The independence of Czechoslovakia in 1917 fired him with inspiration to write his effervescent Sinfonietta, perhaps his most famous orchestral work. Even more importantly, his late-life passion for the vivacious, much younger Kamila Stösslová led to a great burst of creativity. Kamila inspired the heroines of three of his late operas: the lonely, ardent Kát'a Kabanová, the joyful Vixen and the charismatic Emilia Marty (The Makropulos Affair). Outside opera, she was the model for the sensual gypsy girl in the song cycle The Diary of One Who Disappeared, and Janáček also captured the remarkable passion and tenderness of their relationship in the music for his string quartet Intimate Letters. Without the inspiration of Kamila, and the independence of his beloved country, Janáček's remarkable talent might never have come to its full flowering.

This article has been categorised Opera and tagged by Krzysztof Warlikowski, From the House of the Dead, Janáček, Production