Glass’s music – love it or hate it – has had a profound effect on wider pop culture. 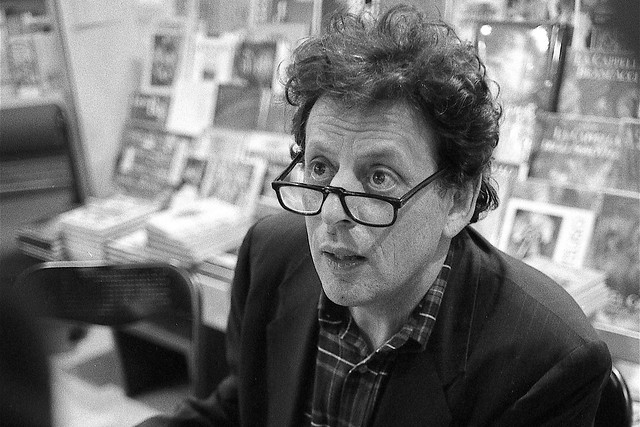 ‘Can any of us imagine a musical world without Philip Glass?’ asked Tom Service in The Guardian. Glass’s music – love it or hate it – has had a profound effect not just on the world of classical music but also on pop music, film music and the broader cultural landscape.

Glass studied with Nadia Boulanger in Paris, but perhaps his biggest influence was the sitar player Ravi Shankar. Glass became Shankar’s assistant on the soundtrack for the 1966 film Chappaqua. Glass later described how, ‘I saw the possibility of using some of the technical procedures of classical Indian music with Western instruments and making a very different language. It was a way out of the cul-de-sac that Stockhausen and the Serialist composers had created.’

In the 1960s Glass studied Buddhism and it was also around this time that the movement we now know as minimalism was born. After making contact again with Steve Reich – the pair had studied together at the Juilliard School – Glass began to strip his music back to create what he called ‘music with repetitive structures’, such as Strung Out (1967) or Music in 12 Parts (1971–4).

‘We all ended up in New York at the same time… Reich was there with his group, plus Jon Gibson, Terry Jennings, Meredith Monk and Charlemagne Palestine,' said Glass. 'Very quickly there was a group of people who were producing a radical type of music that became known as Minimalism.’

Glass’s film music has earned him a clutch of awards, so it’s no surprise that he's had a huge influence on other film composers, including Hans Zimmer.

David Bowie is another figure who's absorbed Glass’s music – and this influence has worked both ways. Glass based two of his symphonies (no.1 and no.4) on albums by Bowie (Low and Heroes respectively), whose music in turn has been hugely influenced by Glass's minimalism.

Nico Muhly, one of today’s most successful contemporary composers, studied with Glass. Muhly has said: ‘[Glass] is someone who knows how to control an emotional situation calmly without being hysterical. His score for The Hours is a perfect example of that, where it sets a mood for this very complicated story without insisting on anything. It’s just the right amount of melancholic without being over the top.’

Einstein on the Beach (1976)
This five-hour opera is scored for synthesizers, woodwinds and voices. The four acts are divided by short scenes called ‘knee plays’ which include the sound of a chorus of voices counting.

The Hours (2002)
Glass’s music for the 2002 film directed by Stephen Daldry won the BAFTA for Best Film Music. The film stars Nicole Kidman, Meryl Streep and Julianne Moore and focuses on three women from different periods, whose lives are connected by Virginia Woolf’s novel Mrs Dalloway.

Music in 12 Parts
Written for voices, electric organs, flutes and saxophones, this four-hour piece was one of Glass’s first and most important works. The experience of listening to the piece has been described as ‘the aural equivalent of standing at the top of a giant waterfall, mesmerized by the illusion that such a rushing body of water could also appear so stable, so even.’

Symphony No. 9
While writers have been debating whether the symphony is still relevant for contemporary music, Glass has just got on with writing them – he’s now written ten. His ninth was completed in 2011, and was commissioned by the Bruckner Orchester Linz.

String Quartets
The composer’s five string quartets span nearly three decades, from 1966 to 1991. Glass has said: ‘In an odd way, string quartets have always functioned as moments of profound introspection about both self and music, for composers. I don’t really know why, but it’s almost impossible to get away from it. It’s the way composers of the past have thought and that’s no less true of me.’

Music Theatre Wales gives the world premiere of Glass's The Trial in the Linbury Studio Theatre, running 10–18 October 2014. Tickets are sold out but returns may become available.

Music Theatre Wales takes its production of The Trial on tour around England and Wales throughout October and November. Find a performance near you.

The production is a co-commission and co-production between Music Theatre Wales, The Royal Opera, Theater Magdeburg and Scottish Opera.