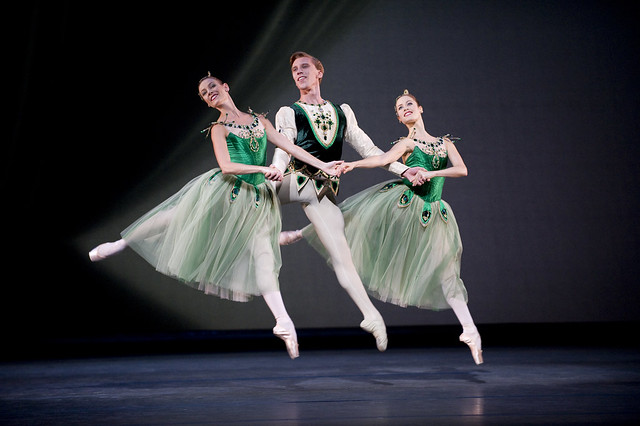 The inaugural Ann Maguire Gala performance hosted by Darcey Bussell and Jonathan Cope will feature an array of stars from the world of ballet in an evening of dance and music in support of the Ann Maguire Arts Education Fund.

Emma Maguire says: 'My mother was an inspirational teacher for generations of young people in Leeds. As a family we felt that setting up a charity that continues her dedication to helping young people is what she would have wanted. We are eternally grateful to all the artists that have come together to make the inaugural Ann Maguire Gala possible, an event which not only launches a new charity but will honour our mother.'

Featuring divertissements from the classical ballet repertoire including works by Frederick Ashton and Kenneth MacMillan, the evening will also include pieces by Royal Ballet Artist in Residence Liam Scarlett and Director of the National Romanian Ballet Company Johan Kobborg alongside world premieres by Alastair Marriott and Jonathan Watkins with a special guest appearance by the Hackney Colliery Band.  The evening will also include spoken reflections personally written by the dancers taking part.

The Gala will include Frederick Ashton’s Monotones II and extracts from Ashton’s Rhapsody and Kenneth MacMillan’s Concerto and Requiem featuring soprano Madeleine Pierard. The second movement from Liam Scarlett’s Asphodel Meadows and contemporary work by Rambert dancer and choreographer Miguel Altunaga will also be performed. Royal Ballet Principal Steven McRae will dance the London premiere of his tap solo Czardas and Johan Kobborg’s Les Lutins, accompanied by Concert-master of the Orchestra of the Royal Opera House Vasko Vassilev on the violin, will be danced by Emma Maguire and fellow members of The Royal Ballet Marcelino Sambé and Valentino Zucchetti.

Musical accompaniments throughout the evening will be provided by Royal Ballet pianists Kate Shipway and Robert Clark.

The Ann Maguire Arts Education Fund supports the development of young people through arts education. Proceeds from the gala will go towards the fund, which has been set up by the Maguire family.