Inside rehearsals for Guillaume Tell: How an opera director develops character

The Royal Opera’s Writer in Residence joins Damiano Michieletto as he works with singers on giving dramatic depth to their roles. 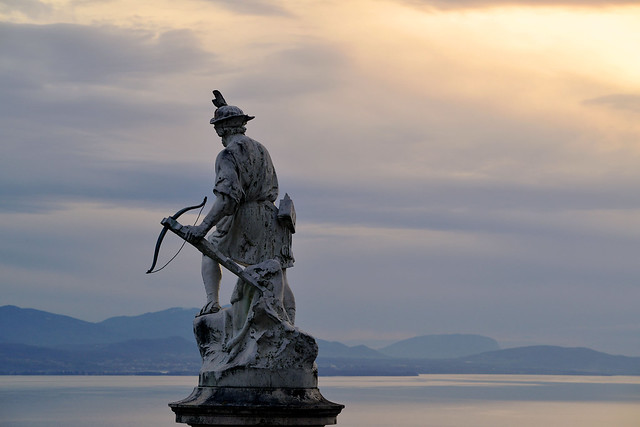 Rehearsals for Guillaume Tell are well underway, and in the next few posts I will be exploring some of the specific challenges facing the creative team, and how they are addressing them. The most fundamental is how to make the story and characters compelling for a modern audience. Grand operas such as Tell have been seen as having rather two-dimensional characters – in comparison to, say, Verdi’s heroes and heroines – and the political storyline can sometimes overwhelm the personal interest. The tenors are usually indecisive, the sopranos rather thinly drawn (Robert le diable is a good example of this) and their psychological development through the opera is often only vaguely suggested. It’s not always easy to address this, and the temptation can be to treat unmotivated behaviour with (modern) irony.

Damiano Michieletto’s solution has been to put the human relationships at the heart of the drama, and to encourage the singers to inhabit their roles as individuals, finding personal connections from the beginning. The rehearsal of a scene typically involves some detailed discussion of the character’s motivation, often with reference to earlier or later moments in the opera and to other characters, and then some improvisation in which the psychological processes are externalised. Some scenes are easier to fix than others, as the singers need to keep in play their own understanding of the text and music and developing sense of their character alongside Damiano’s ideas for the scene (and indeed his ‘concept’ – more about that in future posts). Often the character will wheel though a whole host of conflicting thoughts before settling on a course of action. This sometimes leads to extended negotiations as the singers seek to feel the logic and understand their character’s behaviour internally.

Thus, in Act II, when lovers Arnold (Swiss peasant) and Mathilde (Austrian princess) meet in the forest, Arnold is experiencing from the moment we see him: love for Mathilde, guilt at not pleasing his father (by marrying a nice Swiss girl, by joining the struggle against the Austrians), frustration at the impossibility of finding a solution to their situation, and hope that they can. The music itself is highly suggestive of emotions, movement, gestures, reactions and pacing, and it helps not only to clarify the psychology for the singers, but also makes it clear and visible to the audience. A firm understanding of the trajectory through such scenes is crucial, however, so that it doesn’t just become a series of unconnected reactions. Indeed, in comparison to Rossini’s earlier operas, Tell has much more substantial orchestral passages which contribute to this psychological development. Thus the lengthy passage of entrance music helps to establish something of Arnold’s conflicted state of mind; the recitative with extended orchestral interjections propels Arnold and Mathilde – and the audience – through an exhausting and complex range of emotions as they seek a solution. And the duet itself conveys something of the heartbreaking situation in which Arnold in particular finds himself.

Of course, Rossini was adapting his compositional style for Parisian audiences. While Italian opera convention prized beautiful singing above all else, French opera was rooted in a theatrical tradition in which declamation, gesture, scenery and orchestra were all equally valued. In many ways, his blending of traditions is perfectly suited to modern audiences. The Rossini operas we are most familiar with today are his comedies, and while we delight in their energy and the virtuosic singing required, we also can get a little tired of the silly stories and characters. In Tell we find a new power and psychological weight, inspired by French theatrical traditions, and an orchestral language inspired by his contemporaries. Critics at the time didn’t quite know what to make of what they heard: some made comparisons with Gluck and Mozart, many turned to Beethoven (whose symphonies were being heard for the first time in Paris in their entirety, under the baton of François-Antoine Habeneck).

It is clear that Rossini’s almost symphonic approach to the orchestra offers a means with which to create believable, sympathetic, psychologically complex characters. I will be interested to see how Tell holds up, in this respect, against more familiar, later repertory, and what traces of influence we might hear.

This article has been categorised Opera and tagged by Damiano Michieletto, by Gioachino Rossini, grand opera, Guillaume Tell, Production, Rehearsal