Infographic: The Royal Opera House 2012/13 season at a glance

Take a look at our bite-size breakdown of the year ahead. 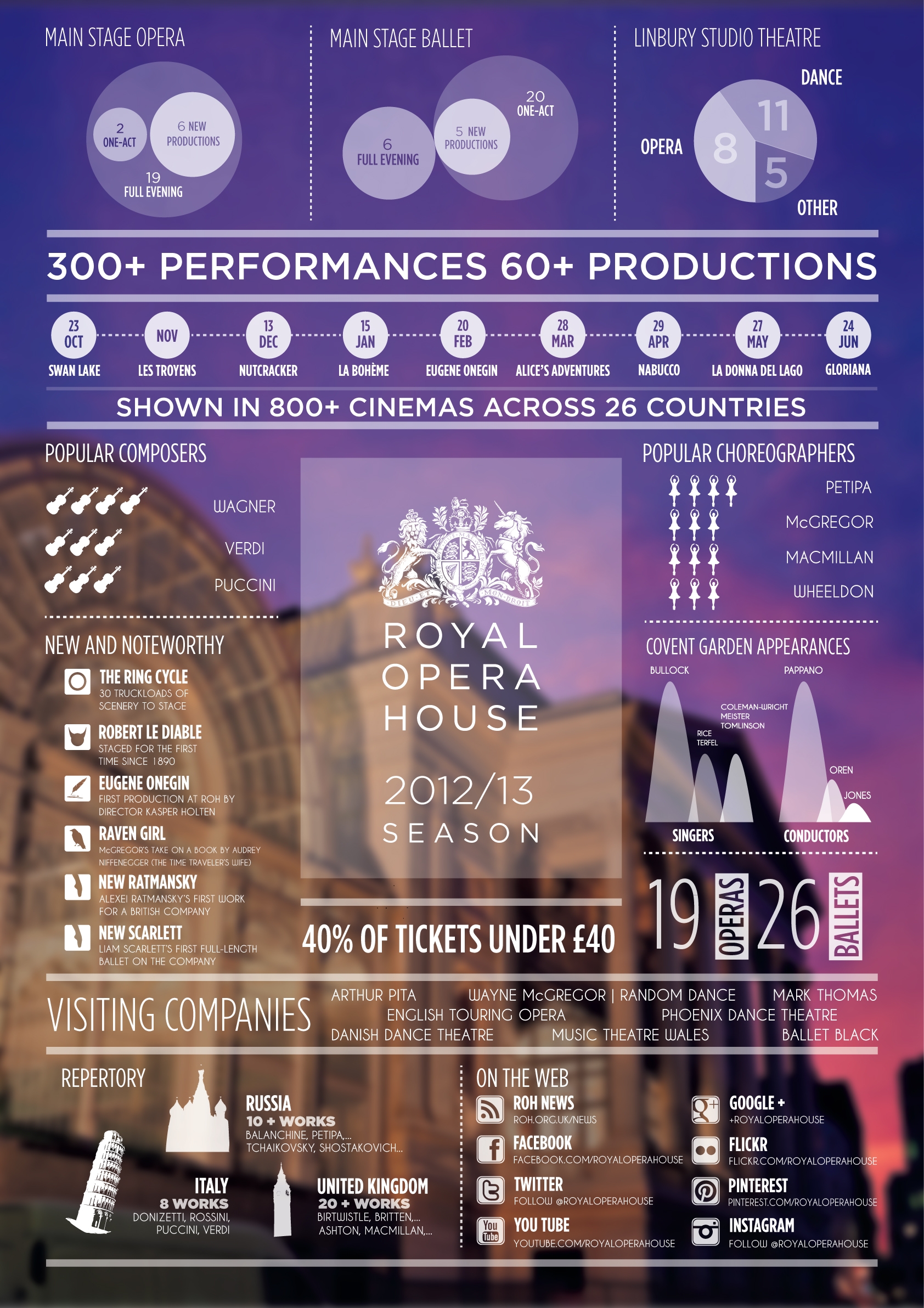 With the Royal Opera House 2012/13 season underway after curtain up on Keith Warner's Ring Cycle, we've created an infographic to pick out a few highlights and interesting facts around the various productions.

Among other nuggets of information, you can find out who the season's most represented composers and choreographers are, the busiest artists and trivia about some of the productions we're most excited for.

What are you most looking forward to over the coming season?