Verdi was more than simply the composer of big tunes — he was also an expert at creating nuanced characters and psychological drama. 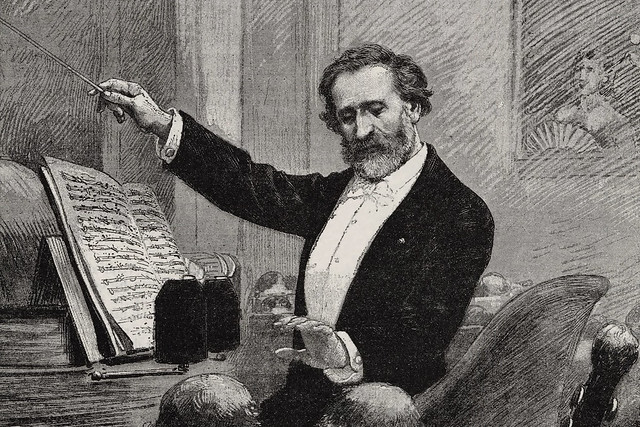 A classic love triangle lies at the heart of Verdi’s Il trovatore, but there are four characters that shape the opera’s plot. Over the course of the unusual four-part structure (similar to that of Nabucco), Verdi shows us multiple perspectives on each of them, playing with our sympathies and emotions. In an opera filled with dark secrets, nobody is quite who they seem.

Verdi and his librettist Salvadore Cammarano title each of the acts, suggesting each has a particular focus: Part I is ‘The Duel’; Part II ‘The Gypsy’; Part III ‘The Gypsy’s Son’ and Part IV ‘The Execution’. And in each of them, the plot is driven forward by the characters’ gradual development. Take for instance Part I, which presents not only the duelling opposition between Manrico and the Count di Luna, but also the Count’s dual personalities – implacable in his desire for revenge yet desperately and sincerely in love with Leonora.

From the opening scene of the opera, in which the Count’s men keep watch and discuss their ruler, we are led to imagine a fierce man haunted by the tragic tale of his brother’s death. But the first time he appears, in the following scene (‘Tace la notte!’), he appears like any other lovestruck hero, eagerly awaiting a glimpse of his beloved in the moonlight. It is only when Manrico’s ethereal serenade drifts in from offstage (‘Deserto sulla terra’) that the angry, jealous side to the Count’s character begins to reveal itself. ‘Oh gelosia!’, he declares – ‘what jealousy’ – shocked by the extremity of his own reaction as much as by the audacity of his rival.

No sooner do the three characters meet than the music becomes taut and frenetic. The strings stir ominously and Leonora’s line is broken up into agitated fragments as the two rivals for her love come to blows. By the time of the Count’s next outburst (‘Di geloso amor sprezzato’), vengeful jealousy has overtaken all else; no hint of the earnest lover remains in this aggressive passage, sung with regular, almost military precision. Even though he has relatively little solo singing in this scene, the two sides of the volatile Count di Luna shape its whole dramatic trajectory.

By the time we next meet the Count, Verdi has introduced the fourth character at the heart of Il trovatore, and the focus of Part II: the gypsy Azucena, the woman believed to be Manrico’s mother. She is a very different character from the Count, but one likewise driven by an overwhelming desire for vengeance. In Part III it is Manrico who drives the action forward, moving from the ecstasy of his impending marriage to Leonora to fierce resolve, as he learns of the capture of Azucena by the Count’s forces. In Part IV, the focus shifts to Leonora, who begins with the desolate ‘Miserere’ before striking her desperate deal with the Count.

One way of thinking about Il trovatore, then, is as a series of intense character studies, each of which is perfectly calibrated to advance the plot. Small wonder that it remains one of Verdi’s most popular operas – and one of his most dramatically potent.

Read more about Verdi’s use of character in the other three parts of the opera in The Royal Opera’s digital programme for Il trovatore, coming soon.

The production is a co-production with Frankfurt Opera and is given with generous philanthropic support from the Royal Opera House Endowment Fund.