'I am a cloud in trousers': the sayings of George Balanchine

From the damning to the indecipherable, a look at Balanchineisms. 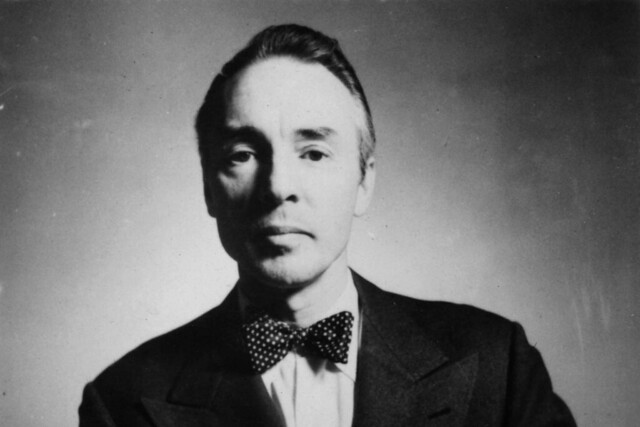 Choreographer George Balanchine's prolific choreographic output of 425 ballets wasn't his only legacy. In the dance world, the St Petersburg-born choreographer was also renowned for his 'Balanchineisms'. These epithets mingled his native verbal wit with some dour Russian philosophizing, all turned out in his distinctly idiosyncratic English.

They ranged from the damning ('Don't think, dear: do'), to the willfully indecipherable ('I am not a man, but a cloud in trousers', pinched from a poem by Russian poet Vladimir Mayakovsky) and the frankly lame (on receiving the Handel Medallion, 'I can't Handel it, so I'll Haydn it').

When it came to the 'purpose' or 'meaning' of dance Balanchine's response was unequivocal: his job was 'To make the beautiful more beautiful'. 'We can't dance synonyms', he'd complain to critics looking for an explicit message in his choreography. 'When you have a garden full of pretty flowers, you don't demand of them, "What do you mean? What is your significance?"… A flower doesn't tell you a story. It is in itself a beautiful thing'. On whether his abstract ballets had any 'story' Balanchine always had a quick rebuff:

The garden allegory seems to have been one of his favourites. In another definition he said, 'The ballet is a purely female thing; it is a woman, a garden of beautiful flowers, and man is the gardener.' This love of the feminine is present in all of Balanchine's choreography, which favours lifts and complex partnering. As he put it, 'In my ballets, woman is first. Men are consorts. God made men to sing the praises of women. They are not equal to men: they are better.'

The choreographer could be a fierce critic of his colleagues and competitors. To the young American dancer Maria Tallchief (shortly before she became his third wife) he commented, 'You know, dear, you could be a good dancer if only you could do tendu properly' (tendu being one of the most basic steps in ballet - sliding the foot along the floor). When rival choreographer John Cranko adapted the much-loved Russian verse-novel Eugene Onegin for ballet, Balanchine spluttered 'How can one do something like that to Pushkin?… and no one is put in jail?'. And though he had the greatest respect for Stravinsky, whom he regularly collaborated with, he couldn't help observing in a toast to the late composer: 'In Russia, we drink the health of the guy that died.'

Like Stravinsky, Balanchine was open about the variety of influences on his work. 'If you like something of someone else's, why not take it?', he would say. 'We all live in the same time forever. There is no future and there is no past.' At almost his most epithetical, he summarized, 'God creates, man assembles'. But perhaps his most enduring saying shows Balanchine's unique understanding of choreography, and is part of what makes his work so inspiring: he encouraged his audiences to 'See the music, hear the dance'.