How to write a family opera

Nordic myth, magic spells and supernatural powers: Jonathan Dove on the challenges of writing an opera for all ages 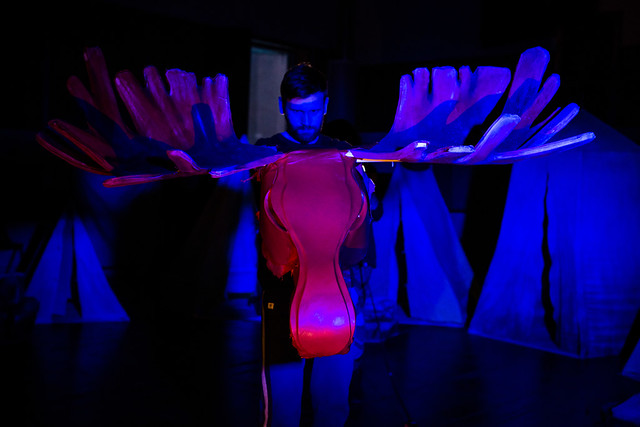 Few contemporary composers have so successfully explored the breadth of the human voice as Jonathan Dove. With 28 operas under his belt, he’s one of Britain’s most prolific melodists, and his work has been performed on five continents. Soon, London audiences will once again have a chance to hear his lyrical music, as the Royal Opera House stages a new production of Swanhunter, a family opera about ‘the power of song’.

Written in 2009 with young audiences in mind, it’s based on a Finnish folk epic that also inspired a tone poem by Jean Sibelius telling of the adventures of Lemminkäinen who defies his mother’s wishes and travels to the north in search of a bride. In the icy landscape he encounters, he must face challenging tasks including shooting a swan, ‘in order to get the most beautiful girl he can imagine’, Dove says. But the hero ‘ends up dead, hacked up and flung into the river’, before his body is recovered by his mother and brought back to life ‘through song’.

The composer explains he wanted his music to appeal to young audiences in particular, showcasing ‘the extraordinary thing that singing is’ and the range of possibilities that the human voice can offer through a score that calls for six singers. The mother’s song has ‘magical powers’, as does Lemminkäinen’s when he sings dogs to sleep, for example, so both parts ‘involve quite a lot of intensity’. On the other hand, Death is sung by a bass, and the Swan by a soprano with a ‘series of phrases that start on a top D and then go up even higher, kind of like floating down over the [sound of] ripples of water that the harp makes’.

Designed for small theatre spaces, the opera is written for a chamber orchestra. There are only six instruments, partly chosen for their ‘folk colour, because it’s a folk story’. The accordion and the fiddle call to mind traditional dance music, for example. ‘It’s fun for an opera to sound as if it has come from the outside world’. Additional instruments include percussion, the horn, the harp and the double bass.

Dove says he doesn’t compose too differently when writing for a family audience and that he ultimately just writes ‘what I would like to see and hear’. The story of Swanhunter certainly evokes vivid images that blend well to music. Like his earlier family opera, The Adventures of Pinocchio, Lemminkäinen’s tale also ‘responds well to music and singing’, especially as there’s magic involved. ‘Operas are an amazing way of telling stories’, he concludes. Add Nordic myth, magic spells and supernatural powers, and you have a recipe that ticks all the boxes.