How to Stage an Opera: the ugliness of Manon Lescaut

Why Jonathan Kent and Paul Brown’s production focuses on the ugly side of Puccini’s opera. 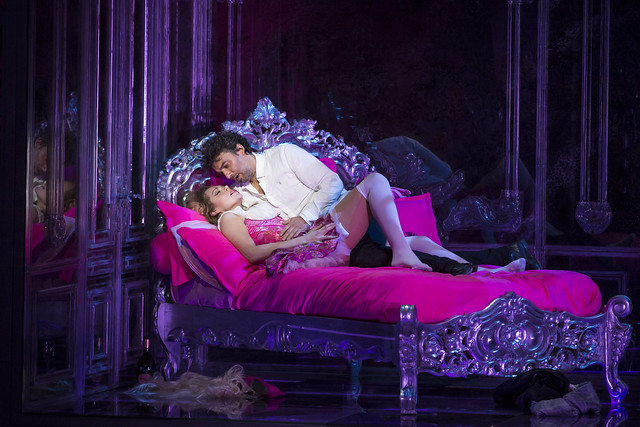 Our' How to Stage an Opera' series offers different perspectives on the practicalities of staging an opera, from the initial research through to the final performance. Here we see how Jonathan Kent's controversial production draws on the sordid reality within Puccini's great drama.

For many, Puccini embodies the romantic operatic composer. He is probably the most widely recognized operatic composer full stop, with individual arias (‘Nessun dorma’) and full works (Madama Butterfly) penetrating public consciousness. It's easy to see why. His melodies are memorable. Their lyrical lines flatter opera singers worth their salt. His orchestra, built on modern symphonic lines, allows for thrillingly rich textures. His stories of an all-consuming, desperate love, crushed by a cruel world, have become an operatic cliché. Puccini's operas offer pure escapist entertainment.

But did Puccini want more than that? Do the lushness of his music and the dramatic immediacy of his storytelling represent a honey-trap? It's easy, for example, to forget that for Puccini and the audiences of his day almost all of his heroines were women 'of dubious virtue', with Edgar's Fidelia, the princess Turandot and Madama Butterfly's Cio-Cio-San (though she's a borderline case) rare exceptions. There is much in the operas that is horrible: the appalling loss of Mimì's death in La bohème, the injustice of Cio-Cio-San's suicide, the filthy bargain Scarpia offers Tosca, the cruelty of Suor Angelica's family. Is all this just spice for the drama?

Antonio Pappano has said of Puccini’s music that it 'is often done with great splashes of passion… but it’s more than that. It has to be balanced by refinement; the passion has to be true, the tragedy has to be true'. This balance must also be maintained in the visual aspects of a production. Directors and designers, too, have a tightrope walk between soaring passion and emotional truth.

The story of Manon Lescaut is nasty. In Act I a brother pimps his sister. In Act II the sister's greed has compelled her to demean herself with an old man she neither loves nor respects. That old man is able to exact revenge for her cruelty to him because of her greed. In Act III a crowd gathers to take entertainment from the grief of others. And in Act IV a young man, who has sacrificed everything to save the woman he loves, fails, and is left helplessly alone with her corpse. If we want a simple tragic love story one is there – love at first sight, he tries to rescue her, she dies in his arms – and the loveliness of Puccini's music allows us to enjoy that. But his music also has the complexity and precision to support a more troubling presentation.

In their 2014 production for The Royal Opera, director Jonathan Kent and designer Paul Brown take a 2014 setting, non-naturalistic and theatrical. Their decision to discard the opera's original 18th-century setting makes explicit its subtext.

Take Act II, which seems to have been genuinely upsetting for many audience members. In a more traditional setting we might have seen an elegant lady in an elegant drawing room, watching a concert and then having a dancing lesson. Kent and Brown's production makes the subtext of such a setting unavoidable. The Barbie-pink cage tells us immediately of Geronte's wealth, of Manon's love of tasteless acquisition, of her naivety that she could think of these possessions as 'hers'. We see that she is a toy for Geronte to play with, a beautiful possession to display before his friends. We understand that Manon does not understand that this is a terrible place for her to be. By making this act so horrible, Kent and Brown not only anticipate our anxiety at the end of the act as Manon stays to gather her treasures rather than flee with Des Grieux, but heighten it. Many have found this act upsetting; and it is meant to be so.