How to Build an Opera Star: The rise and fall of the castrato

The barbaric practice of castrating boys yielded some of the greatest musical stars of the Baroque period, and had a huge influence on music of the time. 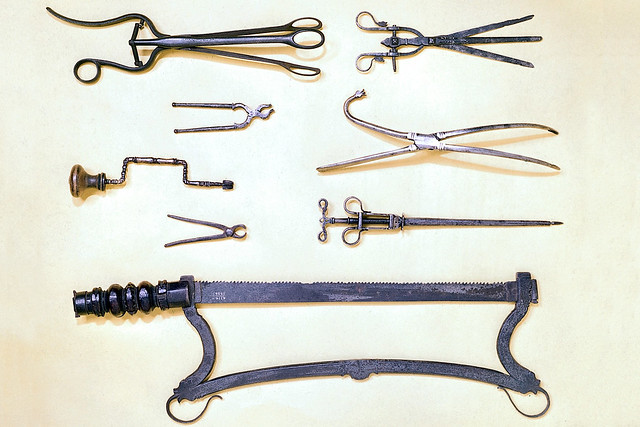 Surgical instruments (not for castration) of the 16th and 17th centuries. Wellcome Images

What would you sacrifice for your career? How about for your children's careers? In Baroque Italy, hundreds of thousands of prepubescent boys had the ultimate sacrifice made for them. Castration was a way of giving a boy a chance at a musical career, singing with the church or, later, in opera – despite the risks that the child might die in the process, and if he survived might not make it in the musical world anyway.

The European practice of castrating boys for their voices is thought to have originated in Arab-influenced Spain, but it became a decidedly Italian phenomenon (with some imitators in Italian-influenced German-speaking lands). We know a castrato joined the Sistine Chapel choir in 1562, and one the Munich court choir in 1574. This predates the birth of opera, which we generally take from the beginning of the 1600s, by some margin. The castrato’s first home was in church music – but here he was not to stay.

The larynx and vocal chords of a castrated boy developed slowly; as a result they were small and very strong, sounding over a range from alto to high soprano with a quality quite different from man's falsetto or a woman’s voice. His thoracic cavity was likely to be somewhat over-developed, giving him big lungs for long breaths. Unlike other boys, he wouldn’t need to negotiate his voice break – meaning years of uninterrupted vocal training that, for some, resulted in an advanced musicality and control. 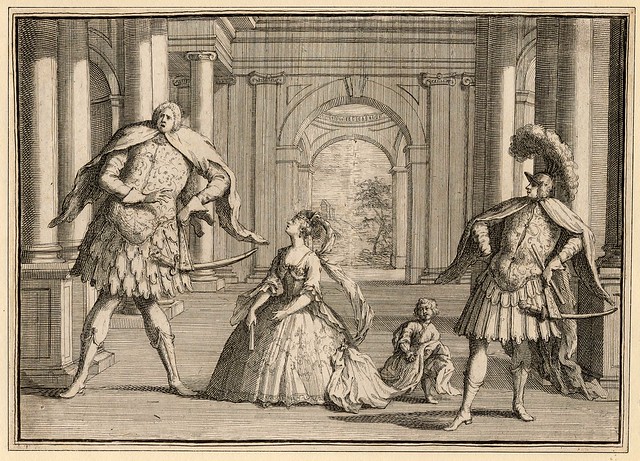 Caricature of a performance of Handel's Flavio, featuring (left to right) the castrato Senesino as Guido, the soprano Francesca Cuzzoni as Emilia and the castrato Gaetano Berenstadt as Flavio, unknown author

Once the unique qualities of a good castrato became apparent, the track to the stage was clear. Throughout the 1600s the number of castrato roles in opera increased – and more castratos were made to meet the demand. At his height, the castrato was not considered effeminate or ridiculous by any means. By 1680 it was more or less expected that the hero of an opera seria would be sung by a castrato, investing the role with heroism and nobility (while the tenor, operatic hero of the 19th century, would most likely play an old man).

As Italian opera became popular around Europe, its heroes became international stars (except in Paris, where castratos were banned as being unnatural). Composers, whether they wanted to or not, wrote music to make the most of the particular talents of these audience-drawing stars. The result was that the castrato voice played a major role in the development of Baroque opera and oratorio. The evidence is in vocal writing that stretches across a wide range and provides ample opportunity both for elaborate ornamentation and for the controlled messa di voce (growing and dying away of a single note) for which castratos were particularly admired.

But their popularity was not to last. By the mid 18th century the number of castratos was declining and embarrassment about their origins – always an illegal operation – was on the increase. As the opera seria decreased in popularity, castratos began to find themselves without a home, and by 1800 the operatic castrato was more or less a rarity. The very last castrato star, Giovanni Battista Velluti, still attracted such composers as Rossini (Aureliano in Palmira, 1813) and Meyerbeer (Il crociato in Egitto, 1824) – but when his retirement in 1830 marked the end of the operatic castratos.

The practice continued within the Papal States, however; the last of the Sistine castratos, Alessandro Moreschi, retired in 1913. The 1902 and 1904 recordings of his voice sound pretty rough – but as the last of his kind and somewhat past his prime, Moreschi was unlikely to sound much like any of his great castrato forebears, such as Farinelli, Senesino or Caffarelli. We must make do with the great music written for them, as the castrato is unlikely to be making a comeback.