Move over, opera and ballet – pop is no stranger to the Covent Garden stage. 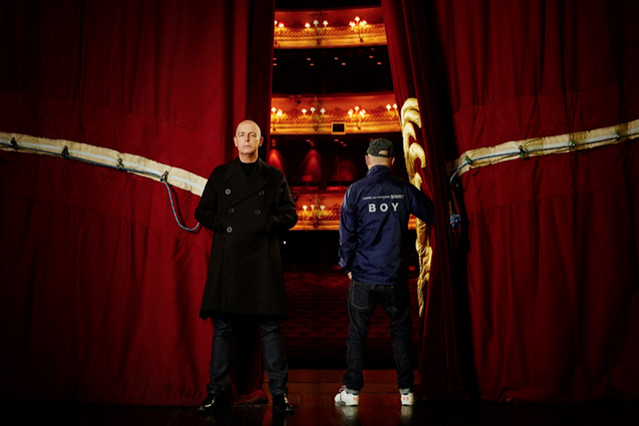 Red velvet, stucco cherubs and a whole lot of gilt: the main stage of the Royal Opera House has offered a glamorous home to opera and ballet since 1856. But why stop there? Over the years the ROH has moonlighted as a venue for pantomimes, ice-skating and glitzy award ceremonies – and most recently as a destination for leading pop artists. Pet Shop Boys take over the main stage for four shows this summer, becoming the latest in a starry roll-call of ROH performers.

The ROH’s relatively short history of playing host to pop started in December 2001, with Björk. The gig was part of her world tour for the album Vespertine, and included new songs with previous hits. Included in Björk’s ensemble were electronic duo Matmos, an Icelandic choir, an onstage harpist and a full orchestra in the pit. Responses to this new venture were mixed: The Guardian saw cynical manoeuvres on both sides, the ROH in ‘search for a younger clientele’ and the pop world stuck in an ‘ongoing obsession with conservatism’. But there’s no denying the power of Björk’s performance.

There was a lot less controversy around Elton John’s ROH show the following year, a gala performance to raise funds for, and awareness of, his new scholarship fund for his alma mater the Royal Academy of Music. He and his band joined with a large orchestra and choir drawn from current RAM students, in a set of 11 songs arranged on massive scale. The show was broadcast by the BBC, presenting to a wide audience the argument that the worlds of pop and classical are in some ways closely linked.

In 2004, Motörhead became the first band to venture beyond the main auditorium, in characteristically eardrum-busting performance in the Floral Hall (now named the Paul Hamlyn Hall) – a lofty, light-filled structure usually home to the ROH champagne bar. Two years later, Snow Patrol followed (somewhat more sedately) in their footsteps with a ‘secret gig’ held as part of their Eyes Open world tour. The idea was to offer a free, spontaneous gig at an unusual venue: enter the Floral Hall once more. The set included three new songs, including Chasing Cars, and was later broadcast on Channel 4.

Later that year choreographer Wayne McGregor pushing the envelope further, creating the ballet Chroma to an arrangement of White Stripes songs by Divine Comedy keyboardist Joby Talbot (now a veteran ballet composer). The ballet’s uproarious acclaim paved the way for McGregor’s appointment as The Royal Ballet’s Resident Choreographer. In 2012 McGregor made pop even more central to his work in Carbon Life, a collaboration with Mark Ronson and Andrew Wyatt of Miike Snow that saw performers including Boy George and Alison Mosshart of The Kills join Royal Ballet dancers on stage.

In recent years the ROH’s previously quiet summer period has become its regular pop slot. Sting swooped by in 2007, not to sing but to act in a show celebrating Robert and Clara Schumann. In 2008 Damon Albarn of Blur brought his stage extravaganza Monkey: Journey to the West, based on a Tang Dynasty manuscript. Rufus Wainwright was joined by father Loudon and sisters Martha and Lucy for a five-night residency in 2011 that included both his Judy Garland tribute and his opera Prima Donna. In 2013 Antony and the Johnsons presented Swanlights, originally commissioned by the New York Museum of Modern Art and accompanied here by the Britten Sinfonia. So it’s never going to be your usual gig – but then it is the Royal Opera House. 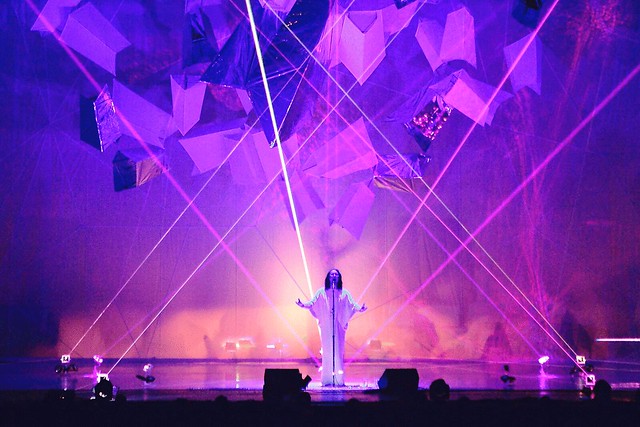