Tastes change, as a fascinating trip through more than 250 years of historical souvenirs shows. 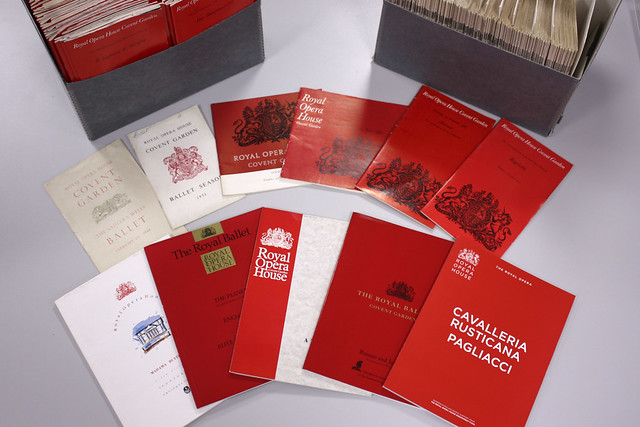 The Royal Opera House red programme is one of a kind. More than just a deluxe souvenir, today’s programme is packed with gorgeous imagery and in-depth articles written by leading experts, all carefully tailored to the opera or ballet and sumptuously produced. It’s not always been that way, of course, and today the programme continues to evolve and develop. But amid this transformation there is one constant – a crucial document of the Royal Opera House’s performance history.

The oldest programmes in our Collections' extensive archive are playbills. This precursor to the programme is perhaps more like a modern-day flyer: a large single sheet with details of the singers and actors as well as other information, used to promote a performance in advance. Though playbills were often made using flimsy paper, ROH Collections nevertheless has playbills dating back as far as 1755, and they are a fascinating source of information about what went on in the theatre’s earliest days. 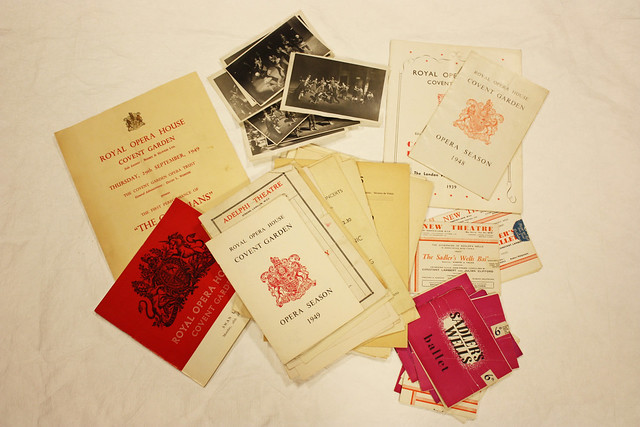 The first big change in the design of the playbill occurred during the 1850s, when they shrank to a smaller, folded form. More similar in size to today’s programmes, these smaller playbills would have been much more practical for use within the auditorium. Next, from the 1880s we see the move from playbills used to promote performances in advance to programmes circulated on the night of the performance. Advertisements begin to appear around the edges of the programmes  framing information about the performance. By the 1890s this has been established as a regular format, one that remained in place into the 1930s.

Something more recognizable as the modern style of programme dates from the reopening of the Royal Opera House in 1946, after its World War II stint as a dance hall. Even so, the format and content of programmes has changed considerably since that time. The first programme from this new period was for The Royal Ballet’s (then known as the Sadler’s Wells Ballet) The Sleeping Beauty, which reopened the Royal Opera House on 20 February 1946. It was a modest eight-page booklet, sold for sixpence, including details of the performers, artists, production credits and a brief synopsis.

By the 1950s the programmes had increased the number of pages and now included more detailed credits, information on upcoming performances and more advertisements. The 1960s saw the introduction of the striking red cover and a further increase in size and content. The bold red cover has remained to the present day, notwithstanding a brief dalliance with white covers in the late 1980s and early 1990s. From 1988 one programme was printed for each run of performances, with individual cast sheets added to reflect the artists in each performance.

Consistent through all programmes from the 1840s to the present day is the inclusion of the royal coat of arms. While the presence of the coat of arms has been consistent, its design has changed several times over the years.

Specially designed programmes have been produced for different types of events, such as world, national or London premieres or the first performances of major new productions. Gala performance programmes – sometimes even made of silk – marked special performances, often given in honour of members of the royal family, visiting heads of state or key historical events. ROH Collections also holds a small number of autographed programmes signed by members of the cast. 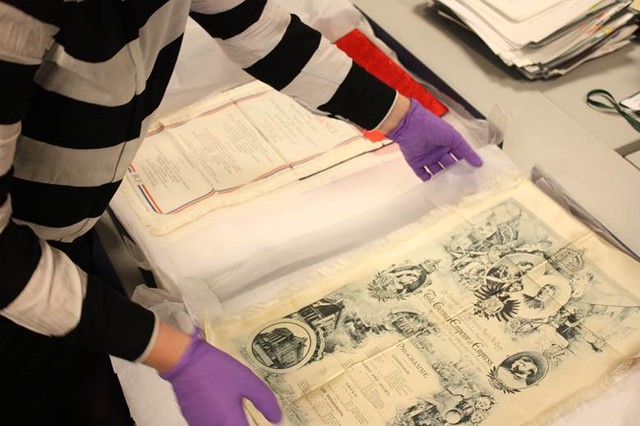 Without the programmes, so much of the Royal Opera House’s history would be lost. ROH Collections holds programmes for almost every production since 1946, and thousands from the theatre’s earlier history. The collection is essential in the ongoing work populating the Performance Database – a project which aims to catalogue every performance at the Royal Opera House from 1732 to the present. This precious collection documents the performance history of this great theatre, for today and for future generations.

Cataloguing the information from the playbills and programmes for the Performance Database is an ongoing project. Why not explore it?