How Rossini’s Guillaume Tell bore witness to revolution in France, Italy and beyond

Operas and plays of the early 1800s allowed the people of Europe to reflect on turbulent recent history. 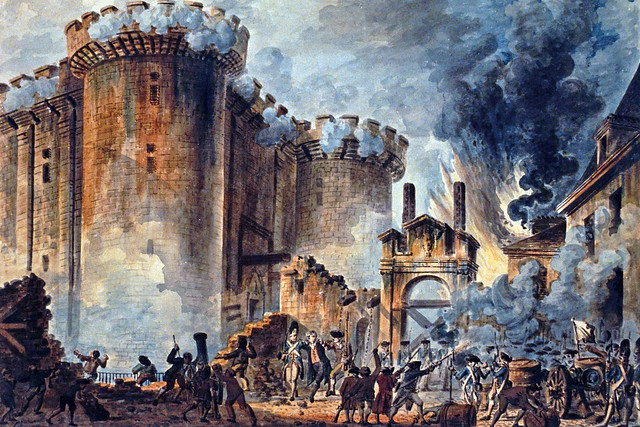 The Storming of the Bastille, by Houel, 1789

When Guillaume Tell was first performed at the Opéra in 1829, memories of the 1789 French Revolution and its aftermath were still fresh in the memories of Parisians. The government had instituted a policy of forgetting in 1815: it was illegal to sing revolutionary songs or carry a tricouleur flag in public places, and the statues, portraits and flags of the past 25 years were destroyed in civic spectacles. However, operas and plays of the 1820s bore witness to the public’s need to remember – whether to keep the fires of revolution alive, or to punish those responsible, or to try to make sense of what had happened. Against the wider European backdrop of uprisings in Italy, Spain and Greece, performances of plays and operas on revolutionary themes increased. Adaptations of Schiller’s 1804 play, in which Wilhelm Tell led his Swiss countrymen and women to victory against the brutal Austrians, were particularly popular. The hero could be seen singing, dancing and declaiming his way through the capital’s theatres. 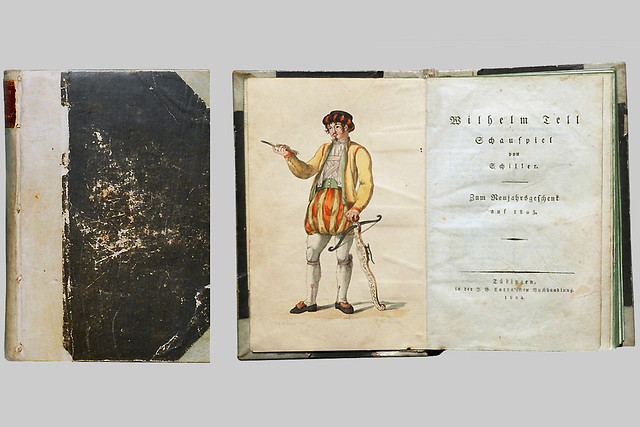 It might seem surprising that Charles X’s repressive government allowed such works to be performed, but the censors accepted the librettos of Auber’s La Muette de Portici (1828), which dramatized a failed revolution in seventeenth-century Italy, and Rossini’s Tell, which emphasized the importance of resisting foreign tyranny. Memories of France’s humiliation at Waterloo in 1815, and the consequent occupation of Paris by foreign troops, had obvious, recent resonances. (The irony that the Swiss had been overrun by Napoleon’s armies and were in the 1820s still trying to free themselves from the administrative systems imposed by the French was an irony that was not lost on some commentators.)

The strong sense of melancholy and nostalgia that permeates the opera – not least in the choral prayer that brings it to a close – can be understood as speaking to the nostalgia felt by many in 1829 for the early, idealistic days of the revolution, before violence and the ambitions of individual leaders derailed the dream. However, in July 1830 France was again overtaken by revolution, and Tell subsequently became a symbol for modern revolutionaries. The opera was recast in 1831 in three (rather than four) acts for the Opéra, and closed with a more triumphant final chorus, concluding ‘Victoire et liberté!’. When Tell left the shores of France, its plot underwent more radical transformations. Thus, at London’s Drury Lane, the hero of Hofer, or the Tell of the Tyrol (1830) was a real-life activist who had in 1809 lead the Tyrolean revolt against Bavarian and French occupation forces, and following his execution by firing squad the following year, Hofer had become a rallying symbol against Napoleon. In Milan, where Austria was still a powerful political force, the opera premiered in 1836 as Vallace, and featured William Wallace leading the Scots in the wars of independence against the English. In Russia two years later, Karl Smelïy (Charles the Bold) depicted Swiss involvement in the Burgundian Wars of the fifteenth century. Walter Scott’s novels therefore became important intermediaries, as audiences were already familiar with the adventures of these medieval heroes.

In the later 1830s and 40s, with its original storyline restored, Rossini’s opera achieved further successes – though Drury Lane’s director suggested that ‘four hours and a half, even of Rossini, are too much for your average cockney’, and it was often ferociously cut.  Ultimately, its themes of liberty and justice, its fusion of nature with the people (the storm seems to be on the side of the Swiss), and its dignified hero made Tell an attractive opera to support national independence and social justice, and it became one of the most frequently performed operas of the century – across Europe, the Americas and beyond.

In my next post, I will offer some thoughts on the rehearsal process for the new production at the Royal Opera House.