The composer managed to remain very much himself while adapting to French tastes. 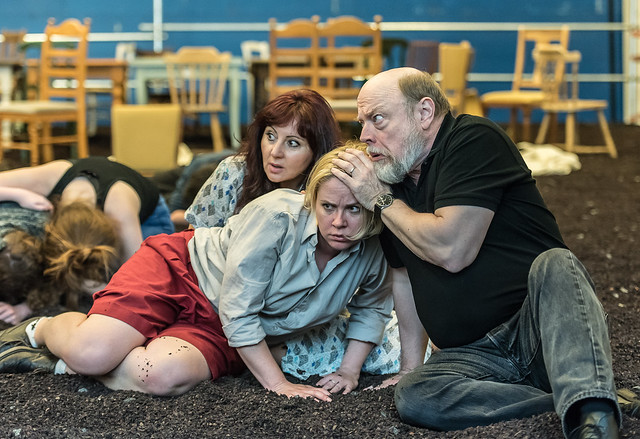 Enkelejda Shkosa as Hedwige, Sofia Fomina as Jemmy and Eric Halfvarson as Melcthal in rehearsal for Guillaume Tell, The Royal Opera © 2015 ROH. Photograph by Clive Barda

Although the chorus dominates Guillaume Tell and there are relatively few solo numbers, the soloists nevertheless have demanding roles. Their contribution is essential to the emotional power of the work and Rossini manages to blend the traditions of French and Italian opera in a compelling way that was to prove influential on Verdi and Wagner.

As critics at the 1829 premiere pointed out, the French language lends itself to declamation rather than lyrical expression. French taste, quite different from that in Italy, demanded that the words be comprehensible – not smothered in fioriture (embellishment) – and logical progression of the drama was more important than the abstract beauty of the voice. However, Rossini found a new path, blending these very different traditions. Critics were intrigued at how he managed to remain ‘Rossini’, while adapting his methods for French taste. There are fewer roulades in the vocal parts, more richness in the instrumentation, fewer developed crescendos (his trademark), and he took care not to repeat phrases without variation. These, for contemporary critics, were the defining features of Guillaume Tell.

To the French critics Rossini was a sort of Napoleon of the Opéra. He ‘visited our country, studied our taste, then after doing service among our ranks he has gradually become our general; soon we will see him as consul, then emperor’. Tell was welcomed as genuinely ‘italo-français’. One of the key features of this new style – which Meyerbeer would develop in the coming decades – was its fluid, through-composed drama. Italian opera of the time offered a stop-start series of closed arias and duets, linked by recitative. Tell departs from this format and moves fluidly between choral, solo and ensemble numbers, with linking declamatory dialogue to draw the audience into the drama. Indeed, some of the most arresting vocal expression comes in these declamatory passages. As Gerald Finley has observed about ‘Sois immobile’, sung with a cello obbligato as Tell prepares to shoot the arrow off his son’s head, it is almost Wagnerien in its strength of purpose – and heartbreaking in its direct expression. 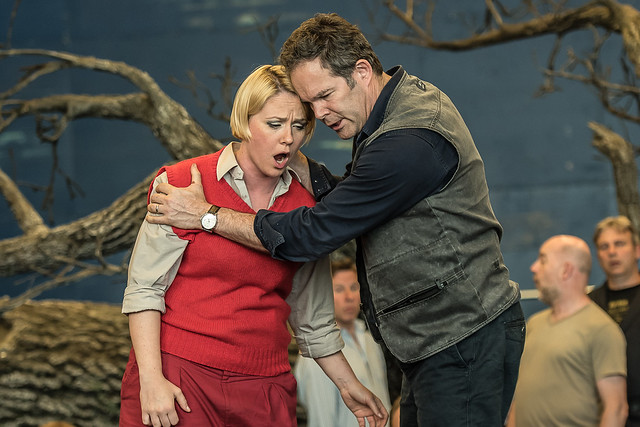 French audiences in 1829 were also taken by the complexity of expression captured in the ensembles. Consider this critic’s description of the Act I duet ‘Où vas-tu?’, as Tell tries to persuade Arnold to fight for his country:

Music has never expressed with such precision: not only does it translate the words, it offers a complete revelation of the two minds that speak. See how Arnold hesitates, falters when he addresses Tell. He is ashamed of his love [for Mathilde], he doesn’t know how to excuse it. Also, before he speaks, you hear a little fragment of ritournelle [a dance form], which is the image of interior deliberation. In contrast Tell, who does not deliberate, constantly interrupts with closed phrases: no introductory ritournelles for him; rather he enters in the middle of Arnold’s phrases and concludes them brusquely. If this dialogue is a masterpiece of energy and expression, the asides to Melchtahl have a suavity of melody. Never has Rossini found such a phrase of love and honour as ‘Ah, Mathilde, idole de mon âme’.

This is testament to the way in which Parisians listened. John Osborn has explained how there is so much more nuance of expression in the French language (he has recently performed the role of Arnold in an Italian production); and in rehearsals Antonio Pappano has helped the singers and orchestra to express every detail with accuracy and feeling. Of course, we miss some of this as a modern audience: even if we understand French, and even if the diction is superb, we don’t necessarily catch every word, and unlike 19th-century audiences we don’t generally come back night after night to see the same opera. However, if we listen attentively, the detail is there. The Act II trio, where Arnold learns from Tell and Walter of the death of his father, similarly drew admiration from 19th-century audiences, and detailed analyses of the emotions being expressed by each character. And then as now, when Arnold sings the words ‘Mon père, tu m’as dû maudire… je ne te verrai plus’ (father, you must have cursed me … I will not see you again) ‘it is impossible not to feel tears form’.

Some of the most thrilling moments come in the concertante act finales, when soloists and chorus join together. One of the most powerful is that concluding Act I: Rodolphe and his soldiers arrive too late to stop Tell rowing Leuthold across the lake to safety: he orders the pillaging of the village, and when Melcthal encourages resistance, he is seized. The quartet of Jemmy, Hedwige (Tell’s wife), the fisherman Ruodi and Melcthal – joined by Rodolphe – sing defiantly in front of the choruses of Austrian soldiers and Swiss villagers. Although it is essentially a static tableau, the emotional tumult is overpowering in the final stretta (fast-paced closing movement of a finale), which is powered by a galloping rhythm that verges on being out of control; the efforts of the soloists to be heard above the choruses adds to the thrill. In rehearsals Pappano pays particular attention to rhythmic precision – the contrasting elements in the orchestra (quaver articulation in the strings, punctuating chords from the woodwind and brass, syncopated percussion) and in the vocal parts (soloists, choruses) – to capture what he has described as the score’s ‘fever’.

In my next couple of posts, once performances are under way, I will be offering some thoughts about the production, and very much look forward to hearing your own views.