The iconic sitarist’s only opera was left unfinished upon his death, but it has now been completed and will soon be heard for the first time. 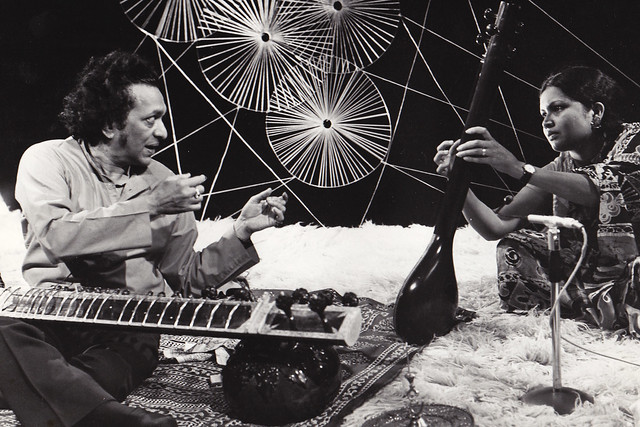 The idea for Ravi Shankar's opera Sukanya, the final project of the great Indian sitarist and music pioneer, first came about in 1995. Shankar’s mother-in-law mentioned how it was fortunate she had called her daughter Sukanya, remarking on the similarity between Ravi and Sukanya’s romance and the story of the mythical Sukanya recounted in the Mahabharata. That story took seed in Shankar’s mind, and its fruit is the full-scale opera Sukanya – the final step in Shankar’s lifelong endeavour to unite the music of the West with the music of the East.

Shankar worked on Sukanya up to the very end of his life. When he passed away in December 2012 he left the opera incomplete. Bringing it into a performable edition has been the work of British conductor and violinist David Murphy, who also conducts the world premiere. Murphy’s long relationship with Shankar places him in a unique position to make Shankar’s vision a reality.

Murphy first met Shankar in 2004, at Dartington festival. Murphy had made a name for himself through the work of his own ensemble Sinfonia Verdi, for which he found innovative ways to synthesize Western music practices with music from other traditions. Despite his experience, working with Shankar ‘was a baptism of fire’, as Murphy recalls. ‘He was well into his eighties but worked incredibly fast. The ideas would just pour out like molten lava. I had never experienced anything like it before.’

Murphy and Shankar continued to work together, and through their many collaborations Murphy learnt ‘how Raviji liked to have Indian music orchestrated for Western instruments. In the early stages I would do what I thought was textbook, interesting orchestration. I’d come back the next morning and he’d say, “David, you’ve put too much makeup on the raga [a concept of Indian music with no Western equivalent – a melodic mode with a particular character]. She has a beautiful face but we can’t see that pristine beauty any more”. So it was a gradual process of learning how to bring out that natural purity’.

Orchestrating Indian music for Western instruments presents a host of challenges, even down to the notes themselves. ‘Indian tuning can cause problems for Western musicians’, explains Murphy. Indian music uses scales based on the harmonic series, which introduces notes that are mostly not used in Western music – notes considered ‘microtonal’, falling between recognized notes. Finding a solution is crucial to the character of the music. ‘It’s the journey through the microtones, arising on a beautifully in-tune interval, which is the expressive heart of the music’, says Murphy. ‘Gradually you realize you are hearing all the overtones of a note, so that each note becomes, in effect, a chord.’

Opera brings yet further complexity, as Indian and operatic vocal traditions come together. ‘He didn’t want Western singers to try to imitate Indian singers’, says Murphy, ‘but the Western singers will sing Indian ragas. It will be a unique sound’. In addition to ragas, the music of Sukanya also incorporates konnakol, a kind of voiced percussion. ‘With this he would put a touch of Western harmony and counterpoint, to explore the Indian rhythms in a way that had never been done before’ says Murphy. ‘Both traditions are used in a pure form, but to create a new sound. We were working on this even in the hospital, before his final surgery – he knew we were working against time, but he wanted to get it all as clear as possible.’

Opera’s status as a ‘total art work’ chimed particularly with Shankar, says Murphy. ‘Sukanya brings together all the elements of his life as a performing artist – right back to his childhood years as a dancer. Something that integrates music, dance, drama and all aspects of stagecraft has been a part of Indian culture for thousands of years – far before Wagner’s influential essays. Raviji saw what is now possible in a 21st-century opera: a cross-cultural, total art work for a globalized world.’ Shankar was having new ideas right up to the end, says Murphy, ‘and if he’d lived another ten years the results would have been in completely unchartered territory’. As it is, Sukanya ‘has a complex structure, and amazing drive and energy’ – a fitting finish to a life that transformed what Indian and Western music can be.

This article draws on Michael Church’s interview with David Murphy, available to read in full in the Sukanya programme.

The production is a co-production with London Philharmonic Orchestra and Curve, Leicester, and is staged with generous philanthropic support from Arts Council England and the Bagri Foundation.