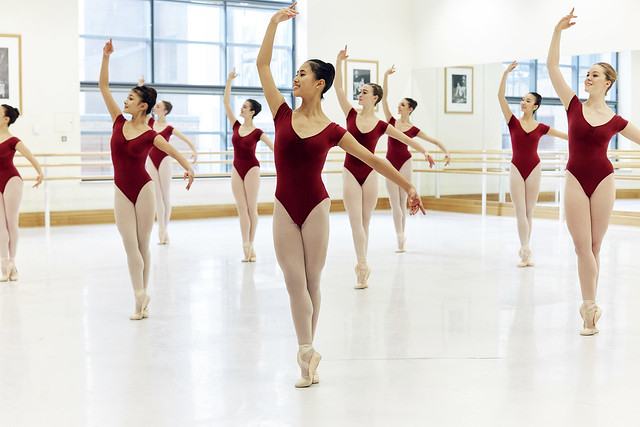 The list of choreographers who trained at The Royal Ballet School is long. One of the earliest was Kenneth MacMillan. Following in his footsteps are David Bintley and Michael Clark – Christopher Wheeldon and David Dawson – Liam Scarlett, Jonathan Watkins and Kristen McNally – Ludovic Ondiviela and Pietra Mello-Pittman. The list goes on, including established masters and rising stars. What they have in common is the School. So what did they learn there? And how does the School develop that legacy?

Kate Flatt teaches choreography at the Upper School, for students aged 16–19. She describes how the School’s history of teaching choreography originates with its founder, Ninette de Valois: ‘Before De Valois founded the School, she danced with Diaghilev’s Ballets Russes – an artistic hothouse. De Valois recognized that in order for there to be artistic development there needed to be choreographers.’

De Valois’ initiative had a direct impact on Flatt, who was then a student with the School. She remembers, ‘De Valois invited the famous choreographer Leonid Massine to come and teach a course. It was incredible. He got us to think about the possibility of what the human body can do with the facility of classical ballet. He was a very radical thinker. What he taught was gold dust and I’ve carried that in my heart.’

The School’s emergent choreographers have since been guided by teachers including David Drew and Norman Morrice. Flatt and her colleague Jennifer Jackson together developed the School’s current choreographic course, at the request of Gailene Stock, Director of the School 1999–2014. 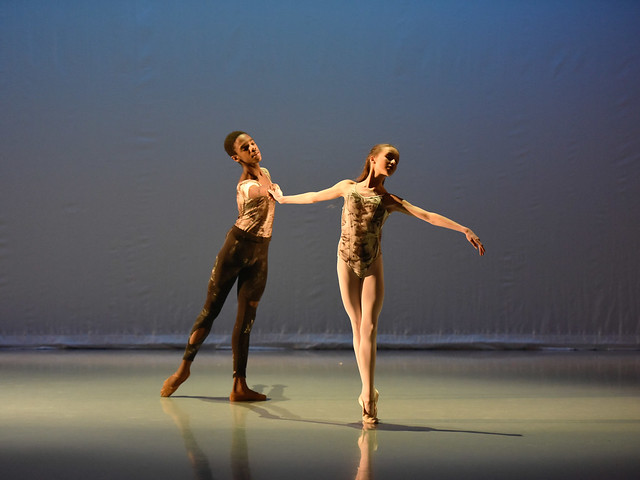 How do you teach choreography? Flatt explains that ‘It’s about developing creative artists – I don’t teach choreographic theory. We want to develop habits of creativity, of discernment. We encourage individual choice. We hope that our young choreographers learn skills in handling material and people, and, crucially, how to create meaning in their pieces’.

One example of a choreographic project is ‘where students create a solo on themselves. That’s about the palette, the body as an instrument. They already have the facility of a highly trained body but are encouraged to explore the boundaries of this’. Flatt adds, ‘It’s about finding your own expressive movement. Thinking of possibility. It raises questions for them.’

Flatt’s lessons are also a way of building confidence in the young dancers. ‘It takes time to hone the craft of a choreographer, but the opportunity to do so is essential’, says Flatt. ‘My role is to provide guidance, mentoring and the recognition that success is actually built out of many experiments – some which go better than others! I aim to encourage a creative environment during training, where there is no fear of judgement. I throw down the gauntlet: come up with something fresh!’

Part of the programme encourages students to look beyond the world of ballet. ‘For example, we take students to Tate Modern to look at sculptures’, says Flatt. ‘We ask, “what did you like about it, what did you enjoy? Now make with movement three things that you respond to in that”. They get past working from received material and begin to generate their own.’ There’s no limit to what can work as a creative stimulus: architecture, the city, live music. All of these challenge the students’ invention, and expand their collaborative engagement.’

The ballet learnt in their other classes is no less a source of inspiration. Flatt gives an example: ‘We look at a classical duet. What’s the emotional relationship in the duet? Power, harmony, combat – what’s in there?’ As well as viewing these existing works with fresh eyes, the students are encouraged to make new works in response: ‘we ask them to look at what you can do with it. And that way they come at the duet in very different ways.’

These learnings have an impact that goes far beyond choreography. ‘It’s about exercising imaginative engagement, creative enterprise, curiosity, choice, discernment. These things are vital for being a dancer as well as a choreographer. We’re linking all sorts of exciting things from outside the four walls of the studio to feed their learning. I think that’s an important aspect of the School’s ethos: to develop dancers with creative ability. It’s an integral aim of our current Director Christopher Powney.’

And how does it feel to see those young choreographers flourish? ‘It’s wonderful. I believe that a talented choreographer has within them innately some sort of tacit knowledge. You’re just bringing that out, helping them develop that vision – and reassuring them.’

David Dawson’s The Human Seasons and Christopher Wheeldon’s After the Rain appear in a mixed programme 16–24 March 2017. Tickets are still available.

Christopher Wheeldon’s Strapless and a new work by Liam Scarlett appear in a mixed programme 18–31 May 2017. Tickets go on general sale 28 March 2017.