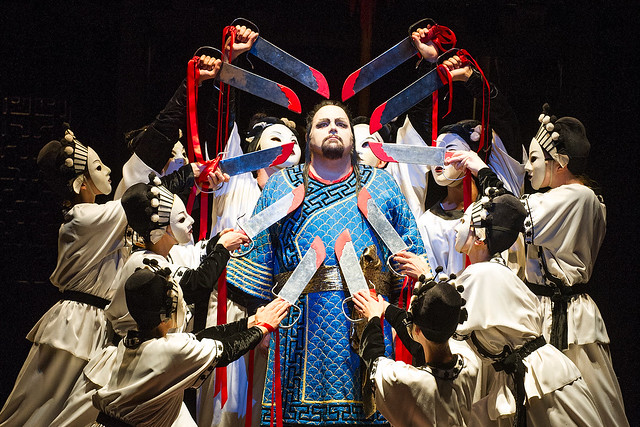 Operas left unfinished by their composers present a fascinating conundrum. Can anyone else bring them to a satisfactory conclusion?

For David Murphy, the completer of Ravi Shankar’s unfinished opera Sukanya, the answer is ‘yes’ – Shankar had completed his opera in outline, so, as his long-term collaborator, Murphy primarily needed to ‘fill in the gaps’. But it’s rarely so straightforward…

Both Schoenberg’s Moses und Aron and Debussy’s Rodrigue et Chimène have proved unfinishable. Schoenberg created a three-act libretto for Moses und Aron, but only wrote music for Acts I and II. His sketches for Act III are too slight to convey any sense of his intentions, so the Act III text is usually left unperformed. Debussy’s messy sketches for Acts I to III of Rodrigue et Chimène have been reconstructed, orchestrated and performed, but nothing can be done about Act IV, for which text and music are lost. The only solution in such cases is for new music to be added – as Robert Orledge did for Debussy’s La Chute de la maison Usher, composing from scratch more than half the score.

Critics praised Orledge for capturing Debussy’s idiom – but others have been less fortunate. Philipp Jarnach’s conclusion to his teacher Busoni’s Doktor Faust was criticized for its brevity, and has periodically been replaced by Antony Beaumont’s more expansive one. When Rimsky-Korsakov completed his friend Musorgsky’s Khovanshchina, his fellow musicians criticized him for over-lush orchestration and for softening Musorgsky’s distinctive harmonic style. Shostakovich’s bleaker 1959 completion, based on Musorgsky’s vocal score, has now become the standard version. Fortunately, Rimsky-Korsakov and his pupil Glazunov had greater success completing and orchestrating Borodin’s epic Prince Igor – perhaps because they found his idiom easier to imitate.

Turandot must have been a particularly terrifying project, as Puccini had invested so much in the Act III finale left unfinished at his death – he intended it to have the intensity of Tristan und Isolde’s love duet. No wonder Franco Alfano found finishing Turandot a struggle! His version is more than competent, but lacks Puccini’s striking harmonic language. By contrast, Luciano Berio’s longer alternative ending experiments with daring modernist harmonies and colourful scoring, and has a pensive rather than festive conclusion. Time will tell if audiences come to prefer one version over another.

Operas left closer to completion can also cause headaches. Offenbach had finished most of Les Contes d’Hoffmann (bar sections of the ‘Giulietta’ act) at his death four months before the premiere. But he left no definite performing instructions, so Hoffmann has been performed in various versions, particularly since missing manuscript sources have been re-discovered. Friedrich Cerha had a relatively easy task to complete Berg’s Lulu – Berg had finished Acts I and II, and most of Act III in short score – but Berg’s widow remained adamant that it was unfinishable, even claiming her dead husband had told her so from beyond the grave. The completed three-act Lulu was only performed in 1979, after her death. And although it was much praised, the fact that two recent productions (Welsh National Opera’s in 2013; Hamburg State Opera’s in 2017) use new versions of Act III suggests that Cerha’s expert completion has still not been universally accepted.

Even a completed score doesn’t mean the end of the story. Bizet’s Carmen exists in several versions, as Bizet died too soon after the premiere to make a clear performing edition. And Janáček’s pupils Břetislav Bakala and Osvald Chlubna filled out the stark, chamber-like orchestration of From the House of the Dead and even tacked on an up-beat choral finale, as they believed these would have been Janáček’s intentions had he survived to rehearse the opera’s premiere. In this case, however, musicians found they preferred Janáček’s original, which was definitively restored through Charles Mackerras and John Tyrrell’s 1980 edition and recording. In the contentious history of incomplete – and allegedly incomplete – operas, this is a rare example where a composer’s intentions can (almost) definitely be said to have been honoured.