The Israeli choreographer and composer on creating his first work for the Company. 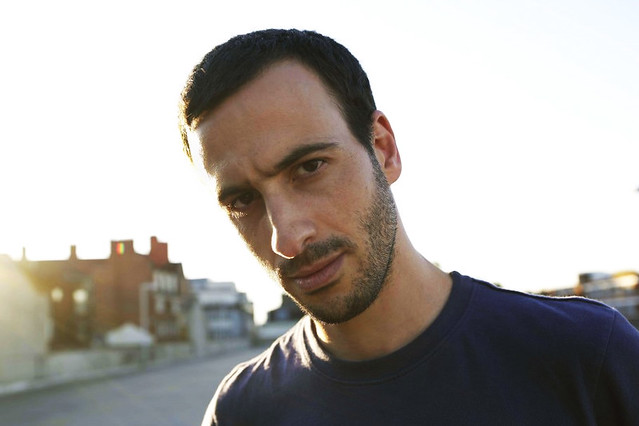 Like the violin or gymnastics or Miss Jean Brodie, ballet typically grips in childhood and claims its devotees for life. Choreographers usually emerge from within its ranks – so an excited buzz greeted the news that Hofesh Shechter, leading light of British contemporary dance, would create a new piece for The Royal Ballet in 2015.

It could be the perfect collaboration. Most visiting choreographers make a beeline for star Principals, but Shechter was entranced by a performance of Kenneth MacMillan’s mighty Rite of Spring and relishes the thrumming energies of the corps de ballet. Pieces like In your rooms and Political Mother, performed to his own music, have a thrilling power and draw on collective hope and dread. Alongside the stomp and crouch are an unexpected delicacy and a skittish, capering humour, evident in his company’s most recent show, Sun. There’s a lot for The Royal Ballet to draw on.

Many artistic directors crave a piece of Shechter – dance properties don’t come much hotter – so how did The Royal Ballet’s Kevin O’Hare snare his services? ‘There were floating conversations’, he replies obliquely. ‘Kevin wanted just to chat, to see how we might feel about working together. It quickly became evident that we were both very excited by the idea.’ He hoped to try a preliminary week with the dancers, but ‘who can find a week?’ he shrugs. ‘In the end, Kevin called and said, “let’s just do it.” We both had a hunch that it was the right thing to do.’ Asked what excited him, he simply says, ‘the dancers of The Royal Ballet are a superbreed’. Thoroughbreds they may be, exposed to an ever-increasing range of work, but Shechter’s grounded, expressionistic style will surely be on the wilder shores of their experience. Can they find a common language? ‘We will have to meet somewhere in the middle’, he suggests. ‘I look forward to showing them different areas and energies in the body.’

His works have a visceral fury, but Shechter is a reflective interviewee, eloquently soft-spoken. His dancing life began during his Israeli childhood, with stolid, slippy folk dance. ‘I first went to ballet class when I was 15’, he tells me during a rare ‘London vacation’ between projects. ‘We had a very strict Russian ballet master, who came from the Bolshoi and taught a very simple, robust class. There was something I liked about the discipline and challenge, but I was drawn into contemporary dance, where I could express myself more freely.’

Visiting companies made their mark. ‘I remember the revelation when Frankfurt Ballet came, performing William Forsythe’s work’, he says. ‘My mind was blown.’ He also gathered influences while dancing with the Batsheva Dance Company, Israel’s most celebrated contemporary company. ‘I performed a lot of Ohad Naharin’s strong choreographic works, but also worked with Wim Vandekeybus and watched Forsythe’s and Mats Ek’s works being staged.’

His new piece will share a bill with two acknowledged masterpieces: Balanchine’s The Four Temperaments and MacMillan’s Song of the Earth. Many choreographers start small in their classical debuts, but Shechter is undaunted by large forces. The Royal Ballet may be the train set of his dreams. He laughs when recounting how O’Hare apologized for ‘only’ being able to allow him ‘30, 40 dancers’. ‘I love scale’, he enthuses, ‘though I don’t think it should be used just for the sake of it. My work often deals with social structures and social pressures, so a sense of scale often works well for that’.

Throughout his career, dance and music have wound themselves about each other as sinuously as any pas de deux. Shechter usually composes his own scores, generous with the untrammelled boom of percussion at a volume that shakes the room. He can’t confirm too much about this new score, but exclaims that ‘writing the score is super exciting’. As with the movement, he embraces the full forces on offer, in this case a 120-piece orchestra, ‘the opportunity of a lifetime’.

Music was his first passion – ‘I studied piano for seven years – from the age of six – before I decided to go for dance’. he says. ‘I was talented but lazy.’ Even so, he was accepted into the Jerusalem Academy of Music and Dance as a pianist, before returning a few days later and asking to transfer to dance. He returned to music after a few years in the Batsheva company, discovering the drums in Tel Aviv and Paris. ‘I studied like a madman’, he remembers. ‘I can’t explain it – it was something about the rhythm. I was studying percussion, dancing, teaching dance – I was searching for myself.’ When the disparate elements came together, the full Hofesh emerged.

When I last interviewed Shechter, I was asked to put a question to him: ‘why is the music always so loud?’  Basically, he admitted, loud is how he likes it. So what does he want music to provide, beyond a satisfying whomp? ‘It’s about how music can open up and describe an experience’, he considers, ‘something that we can connect to. That’s part of the excitement of working with dancers in The Royal Ballet. I like connecting with life experiences so that the dancer is using something raw, real and urgent.’

Twelve years ago, on New Year’s Day in 2002, Shechter stepped off the Eurostar to begin a life in London. Who knew it would lead to his own company, international acclaim, and a Royal Ballet debut? Is he ambitious, I wonder? ‘I had an ambition for a life of creative freedom’, he considers. ‘My drive was very powerful, I don’t know why.’ He shies away from describing worldly goals – ‘life is way more complicated than that sort of dream’ – but admits he always hopes to ‘pour my inside to the outside, to share my emotions.

‘That’s my ambition – to live in a world where I can create freely, to live a life where the emotions and sensations become central. It’s amazing that it happened.’