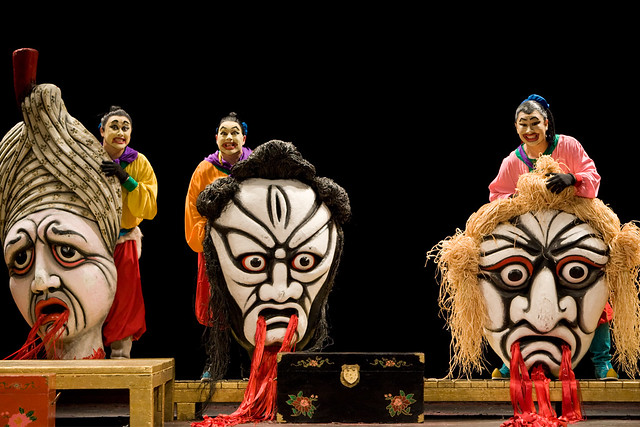 Three grotesque masks echoed by the white-faced appearance of three characters behind. This is just one striking image from The Royal Opera’s spectacular production by Romanian-born director Andrei Serban of Puccini’s final opera, Turandot. The story is an oriental fairytale and, in this staging, aspects of Eastern ritual and especially theatre are used to create an imaginary world evocative of the opera's setting as it is described in the score: the Peking of fable ('A Pekino, al tempo della favola'). We could equally use the fairytale phrase, 'Long ago and far away'.

The huge masks represent the decapitated heads of the princes who have failed to answer the riddles posed by Princess Turandot. Answer correctly, you win her; answer wrongly, you will be beheaded. The white mask faces with hard etched lines echo the style of theatrical masks from many cultures around the world, and familiar in Europe from ancient Greek theatre. 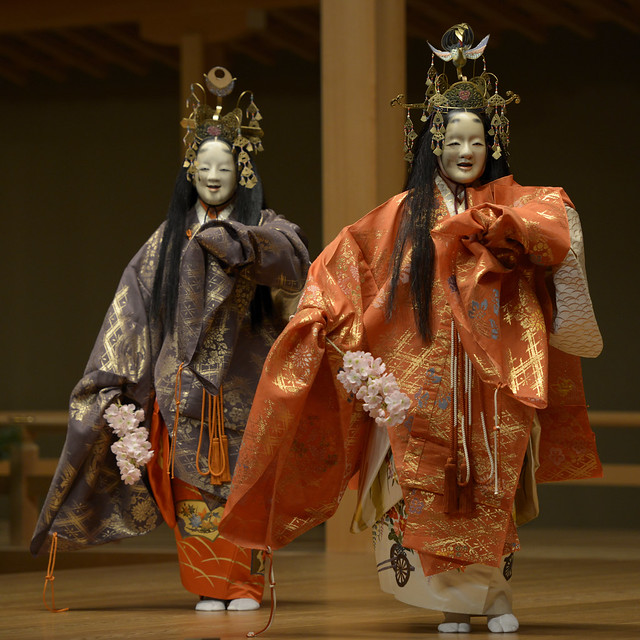 These white masks are also typical of Chinese and Japanese Noh theatre. If not an actual mask, then white makeup to cover a face is used, and strong, contrasting lines of colour are added to emphasize eyes and mouth. The effect is to focus attention on the actor and the face, to make these the centre of the spectacle.

The white faces and strong-lined makeup of the three characters in Turandot pictured above, fulfil exactly the same function as the decoration of the large masks they stand behind. The bold faces and brilliant-coloured costumes also indicate the origins of this production – first performed for the 1984 Olympics Arts Festival in Los Angeles, with the need to make everything clear throughout the large auditorium of the Dorothy Chandler Pavilion (and indeed, this production has been performed by The Royal Opera at Wembley Arena too). 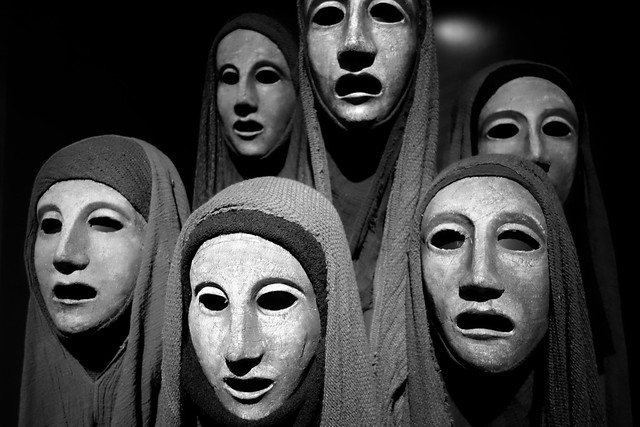 But masks have another important use: in rituals, they blank out the face and remove individuality. The three characters above, standing behind the masks, are Ping, Pang and Pong. The similarity of their names and their white faces reflect how they don’t function as individuals, but as a group. They are an equivalent of the masked chorus in Greek theatre, observing the action and commenting on it. 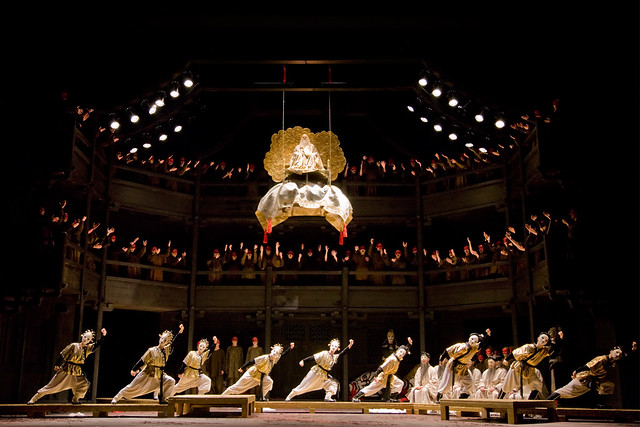 In this production the chorus, actors and dancers also wear masks, and for almost all of the time. This makes the citizens of Peking appear as one amorphous crowd, not recognizable as individuals. They observe what happens, sometimes with bloodthirsty anticipation, sometimes with fear. When Calaf, the 'Unknown Prince', wins Turandot as his bride, he tears off her mask. He reveals her face literally, but symbolically reveals the woman behind the impersonal role of Princess. The chorus too remove their masks – the ritual of the Ice Princess is finished. But maybe not for long – celebratory red banners fall, but also echo the symbolic blood-red streamers that fall out of the mouths of the masks of decapitated heads. 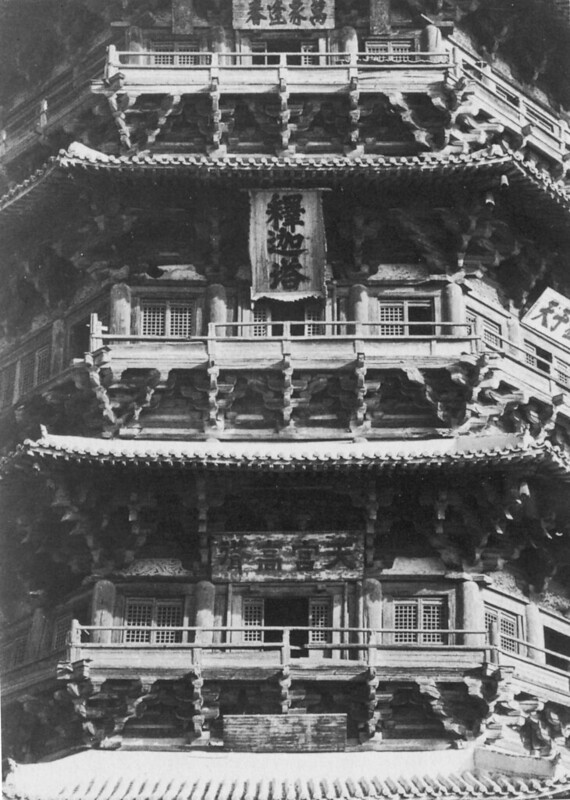 References to China, Chinese theatre and Eastern imagery run through the whole production. For example, martial arts movements provided the basis for the distinctive choreography of the dancers, and the wooden set is directly inspired by a genuine, ancient Chinese wooden pagoda. What this classic Royal Opera production does is add to Puccini’s innate Western theatricality a large injection of Eastern theatricality but altered in scale to create an immersive, visual world all its own.