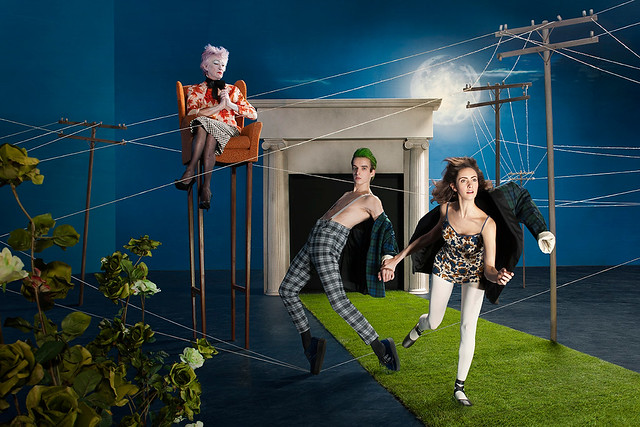 Details of our Advanced Summer Packages:

The cast of The Royal Opera in Simon Boccanegra © ROH/Johan Persson, 2010

The Importance of Being Earnest by Gerald Barry (Linbury Studio Theatre)
Dir: Ramin Gray
14 June – 22 June
Lively and inventive, the score includes everything from smashing plates to megaphones, and Ramin Gray’s production promises to be just as imaginative as the music.

Simon Boccanegra by Guiseppe Verdi (Main Stage)
Dir: Elijah Moshinsky
27 June – 16 July
'Renowned baritone Thomas Hampson will perform as the Doge of Genoa in one of Verdi’s most compelling works, a role he recently performed to acclaim with Chicago’s Lyric Opera.

La rondine by Giacomo Puccini (Main Stage)
Dir: Nicolas Joël
5 July – 21 July
A sumptuous production with sensational sets, it will bring the glamour of 1920s Paris to the main stage.

Hansel and Gretel (Linbury Studio Theatre)
8 May – 11 May
Artist-in-Residence Liam Scarlett presents his first full-length work in the Linbury, a dark re-telling of the Grimm Brothers' classic fairytale.

Witch Hunt (Linbury Studio Theatre)
22 May – 25 May
Cathy Marston brings a new full-length work to the Linbury with Bern: Ballet.  Based on the harrowing tale of Anna Göldi, the ‘last witch in Europe’, it promises to be a powerful piece.

Blood (Linbury Studio Theatre)
27 June & 28 June
Choreographer/dancer Jean Abreu explores the raw experience of being alive through a multimedia production that draws on images by acclaimed artists Gilbert & George. The score is by Paul Wolinski of 65daysofstatic.

Throughout July and August, the Bolshoi Ballet will also be performing in Covent Garden. Find out more about the Bolshoi's residency.