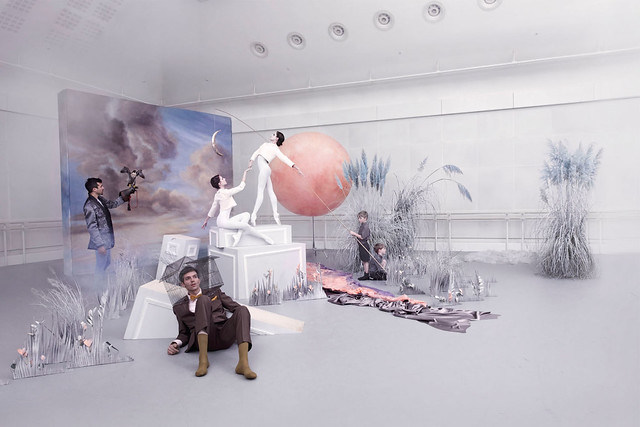 The Royal Opera opens the Spring Season with David McVicar’s enchanting production of Die Zauberflöte, a sophisticated fairytale brought to life on stage by McVicar’s fantastical staging. Mozart’s classic is followed by Nicholas Hytner’s magisterial production of Verdi’s Don Carlo, set in the political and religious turmoil of Renaissance France and Spain. The Spring Season also includes two new productions on the main stage: Rossini’s La donna del lago - a production by Associate Director of Opera John Fulljames - and Richard Jones’s production of Britten’s Gloriana, which marks both 60 years since the opera’s premiere at Covent Garden and the centenary of Britten’s birth.

From the exoticism of 19th century India, to political intrigue in Austria, via the weird and wonderful world of Lewis Carroll,  The Royal Ballet is staging three big narrative ballets in the Spring Season. Christopher Wheeldon’s magical Alice’s Adventures in Wonderland opens on 15 March, followed by Makarova’s La Bayadère. A tragic tale about the life of a temple dancer, Bayadère is famous for the mesmerizing Kingdom of Shades sequence. Kenneth MacMillan’s dramatic Mayerling follows, opening on 19 April. Based on the life and suicide of the disturbed Crown Prince Rudolf of Austria-Hungary, it is considered to be one of MacMillan’s most psychologically and choreographically rich ballets.

In the Linbury Studio Theatre you can experience a programme of new ballets choreographed by members of The Royal Ballet, in our annual Draftworks performances. Kafka Fragments is acclaimed director Netia Jones's production of a song cycle based on Kafka's letters and diaries, while another literary source is transformed into performance in David Bruce's magical opera adapted from Philip Pullman's story The Firework-Maker's Daughter. Co-produced by The Opera Group and Opera North, The Firework-Maker's Daughter is also a new production by John Fulljames.

Leave a reply to Mike · Cancel