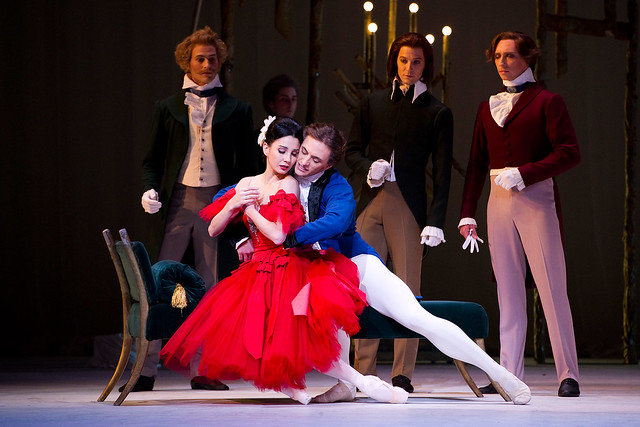 Tamara Rojo and Sergei Polunin will return to the Royal Opera House for three farewell performances of Marguerite and Armand on 12, 15 and 21 February. The pair danced the ballet to acclaim in October 2011.

Natalia Osipova, Principal of the Mikhailovsky Ballet will make her Royal Ballet debut in Swan Lake.  She will dance alongside regular Principal Guest Artist Carlos Acosta on 10, 13 and 25 October.

Of the appearances, Director Designate of The Royal Ballet, Kevin O'Hare said:

I am delighted to be able to invite Natalia Osipova to appear with the Company for the first time next season and I know that she is really looking forward to appearing in our production of Swan Lake and to working with Carlos Acosta.

I am also delighted that, after her long and distinguished career with the Company, Tamara Rojo is able to accept my invitation to return to make a final farewell to Covent Garden audiences and reprise her performance of Marguerite partnered, as before, by Sergei Polunin.”

Tickets for Swan Lake are currently on sale with public booking for Marguerite and Armand opening on 17 October.

Leave a reply to Aliana · Cancel